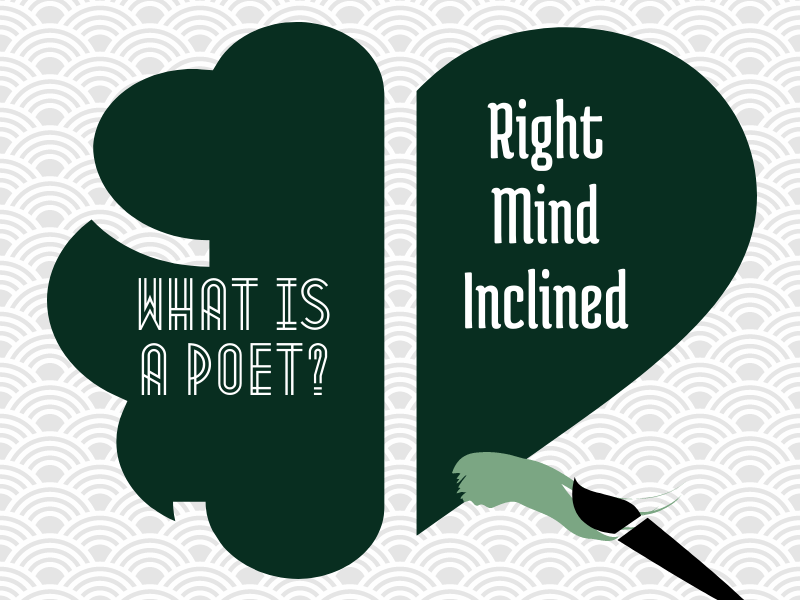 What Is A Poet?

WHAT IS A POET?

For my unpredictable mood,

I have given a reason,

Declaring I am but a poet!

I do not live inside the confounds of normalities!

And though a simple definition I have given,

The mind of a poet is anything but that,

So you may understandably ask,

But what is a poet?

Why he is a dreamer, my friend,

Who is fascinated by the dark,

A person quite insane,

But with a masterfully crafted mask,

He is a dragon hoarding his treasure,

Wrapped around his glinting golden words,

He is an altruist bogged down by anguish,

He is someone who likes to sing,

But can’t stand the sound of his voice,

He is most likely a thrill seeker,

Who doesn’t much care for danger,

He is that silent stranger,

The one in the trench coat that slips away once you catch his eyes,

And he is a craftsman,

Of effortless language & words so divine,

He is a heart of great love & passion,

In need of someone to confide in who won’t ridicule his world,

He is a stamped letter never sent,

Sitting in a pile of dust under his bed,

He is a traveler clad with leather brown boots,

Yes, he is a wayfaring wanderer,

Who needs a home on the ever changing road,

He is a ship inside of a bottle,

Longing to be set free on the raging waves & salty winds of the sea,

He is mostly an optimist but sometimes a pessimist,

For his moods you will find change quite quick,

He is a small black journal filled with words so messy,

One might begin to doubt are more than meaningless scribbles,

He is a man who draws his curtains closed,

When in a deep thought,

A man who can’t quite articulate what he means out loud,

But oh, how he can write it all down,

A poet is a little too melancholy to move on,

But a little too private to say what he feels,

He is the hope in tearful sad eyes,

But he is also the tears that run from them,

A poet is the hero,

Whom against everything will do what he believes is right,

But he is also the villain,

For sometimes what he believes is right is not,

He is a child reading under his covers past his bedtime,

Praying he doesn’t get caught,

As he reads with his flashlight,

Oh, he is the sprinkled out stars,

That only glow brighter the darker the night,

He is a man with an attic for a head,

And he is an artist who invites others to paint his pictures instead,

He is a drunk whose lips have never touched a bottle,

He is someone who loves,

With more than love,

A poet is a man able to work in the dark,

Without losing the sight of beauty,

He is a man that takes his glasses off,

So that he might look at the blurred world,

And think “what a marvelous sight,”

Is a good friend of mine,

And I have found,

They cannot ever really be defined,

No matter how hard,