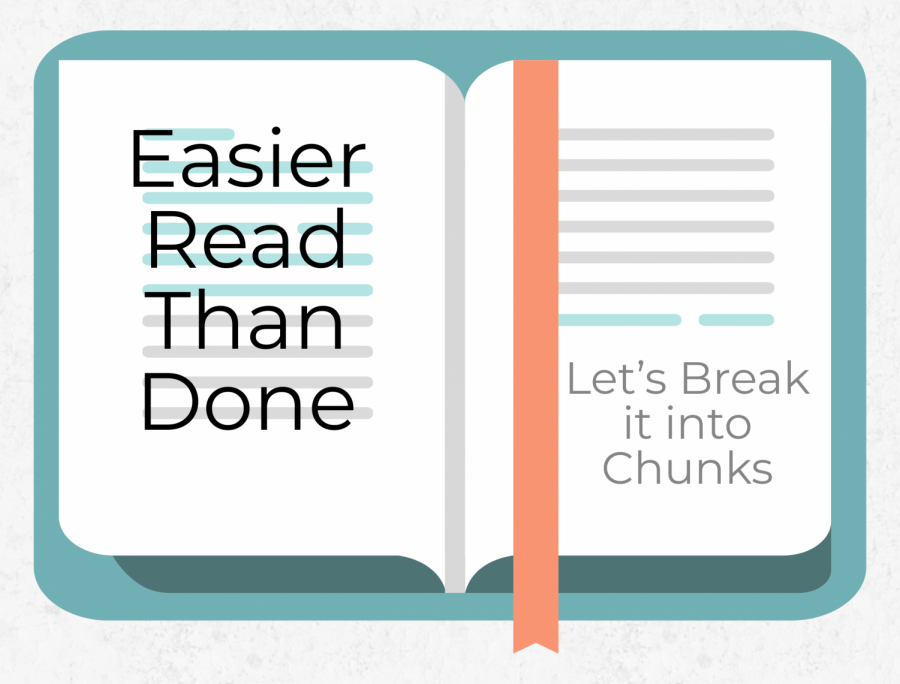 Let’s Break it into Chunks

As we covered in my first blog post, getting started is one of the hardest parts of writing a novel as a beginner, but the rest of it isn’t exactly a breeze either. I have realized that one thing that makes it feel difficult is when you get ahead of yourself and think about how far you have to go and how little you have actually accomplished when in the early stages of the process. So, I’m here to tell you how I have tried to combat that as I write my own novel.

I’ve found that breaking up your work into chunks and only focusing on your one chunk that you are working on at the moment makes it much easier and more enjoyable. I knew that I wanted my novel to be around 65,000 words at a minimum and I wanted to finish my rough draft by the time school started, so I gave myself the lofty goal of writing 5 pages a day with a break for editing two days a week. I knew that I would be progressing if I stuck to this routine, and I followed it with more discipline than I have shown in anything else in my life. I made my top priority finishing those 5 pages a day.

Another way I broke it into chunks was in the story itself. On my very first day of writing, I put together a general plot for the entire story and split it up into what I needed to accomplish in each chapter, which made actually writing much easier. Every day I sat down and thought something along the lines of, “Ok, Ellie, all you are doing today is getting Willow and Aspen out of the Facility. Anything more than that is gravy.” Don’t get me wrong, many times I got to writing and realized that I wanted it to go in a different direction and I would follow this new direction instead, but I never thought about the very ending of the book until I actually got there. Somehow that made me feel like I didn’t have a monstrous task ahead of me and I was just writing a story and living it along with my characters.

Sneak peak: next post will be about the best advice I have ever received.