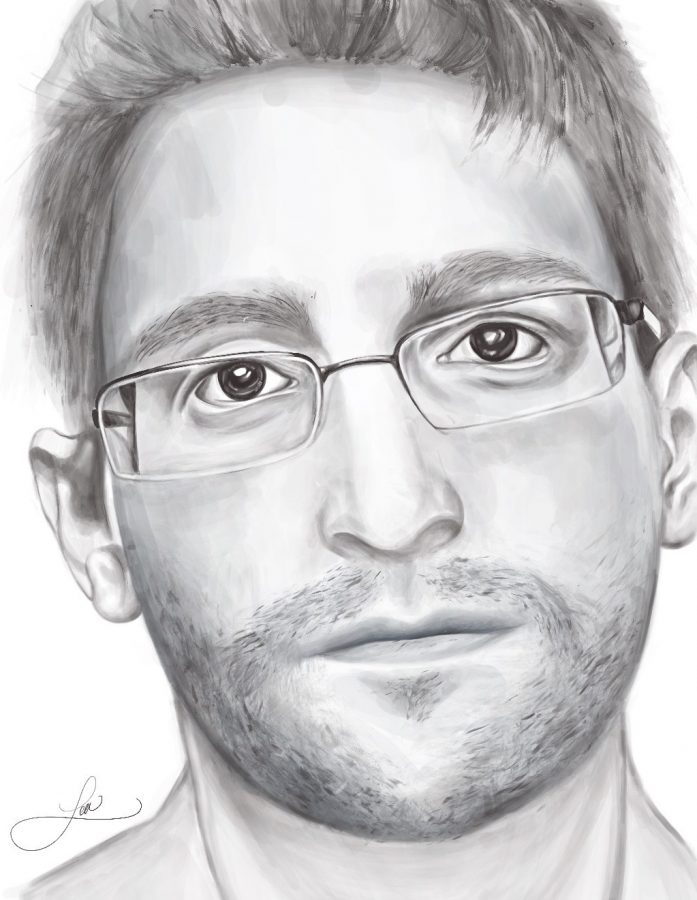 Anonymity is a distant memory. To what extent can we maintain our online privacy?

It was 2013 when a catalytic shock reverberated across the digital world. Notorious whistleblower Edward Snowden toppled the American intelligence establishment with a single revelation that led to his demise: “You are being watched and recorded.” Initiating one of the largest security heists in U.S. history, the former NSA agent single-handedly leaked highly-classified information to expose the government’s unprecedented mass-surveillance on its citizens.

The aftershock of Snowden’s disclosure thrust a crisis upon institutions and personnel, whose identities incidentally emerged amidst the troves of data. Almost five years later, we are still counting the costs of the 1.7 million documents that continue to trickle out to the public domain.

Whether the fugitive leaker is a traitor or a patriot, the line remains blurred. But one thing is clear—we, indeed, are being tracked and recorded.With the onset of the digital paradigm, automated systems hold the capacity to generate quintillions bytes of data every day, feeding the ever-expanding cloud. From our social networks, blog comments, and Amazon reviews to our personal emails, birthdates, and addresses, individual data remains deeply embedded online. Nearly every aspect of our existence rests in archived files etched into cyberspace somewhere that can land in the hands of someone—possibly a nefarious third party.

Snowden’s incident, therefore, illuminates a precarious legal and moral dichotomy of the tech age. It marks a prelude to a tale of how vast streams of data flow to unexpected places and how private matters move about beyond our control. With a compromised veneer of privacy, we are rendered helpless in our ability to manage what the internet knows.

Understanding the concern of data migration, Snowden’s attorney Ben Wizner suggests, “There is no reason why technological conveniences have to come at the cost of giving up our privacy wholesale…People should be able to control information held on them as well as with whom they share it.”

This begs the question: Do people, then, have a right to remain unknown?

Yes—but only in Europe. In what is referred to as the “right to be forgotten,” European citizens possess the ability to selectively delete personal traces inscribed into the internet. In the 2014 decision, the European Union’s highest court granted corporations, government officials, and individuals the right to request removal of links containing sensitive information deemed “inaccurate, inadequate, irrelevant or excessive.” Since then, Google received 845,000 requests to eliminate a total of 3.3 million URL links, and 45% of those requests were, in fact, delisted.

But Europe’s right of erasure evokes fear in American constitutionalists—and rightfully so. The sacred promise of the First Amendment cautions against hindering any speech, regardless of its personal nature. In September of 2019, Google battled the “right to be forgotten” in a case that pitted free speech against privacy rights. The court ruled decisively; no such right exists in the United States.

Yet with an overwhelming 88% of Americans in support of the “right to be forgotten,” the tech giant’s victory does not stifle the enticing allure of protecting one’s digital footprint. American society continues to face a perplexing dilemma surrounding the blanket removal of information. With the world-wide web that neither forgives nor forgets, a minor blemish can surface to the top of a search result indefinitely. Whether a careless misstep, an inaccurate portrayal, or a youthful indiscretion, an unrelenting stigma can mar an otherwise pristine record.

In fact, Pew Research Center indicates that more than half of all adult internet users rely on search engines to inquire about others. Employment opportunities may also be at stake. According to a study by cross-tab transforming market research, 85% of U.S. recruiters and hiring managers use online content to influence their hiring decisions. An internet profile can be one of the many barriers that play havoc with peoples’ lives.

As generations are socialized in an alternate online reality, American society struggles with the technology we created that conflicts with who we are as humans. But we must face the reality: the digital eternity is an unforgiving machine, cataloguing the best and worst of our lives into a permanent record. How can we wipe the slate clean? We can’t. Instead, word to the wise: we must consider our tracks before we lay them.