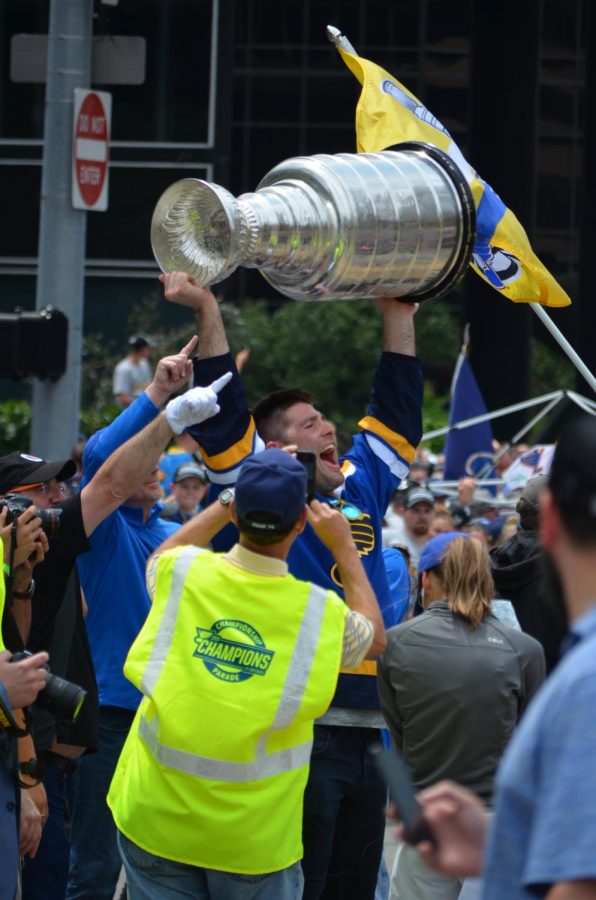 While the Blue's season is currently suspended, I still have hope that they will hoist the cup again in September.

The hope of March Madness starting up during the break kept me and millions of other sports fans across the globe holding onto something positive in the future. In a world that was quickly coming to a halt, there was still a glimmer of hope.

My trip to New York with my parents was cancelled, and I was left at home with nothing to do. Then, massive news started pouring in. First, the NCAA announced they would play with no fans in the stands. Then, the NBA had Rudy Gobert test positive, shutting down the league and all other sports one by one. When March Madness was officially cancelled, it ripped the hearts out of sports fans all across the country.

For me personally, I was upset that the SLU men’s basketball team did not get the chance to go up to Brooklyn and feed the third ranked Dayton Flyers their third loss of the season en route to a tournament berth. After starting to follow them around Christmas time, when I saw the writing on the wall telling me that SLU was where I would be going after Westminster, I felt like all this time invested in watching the games and following the team just went down the drain. They had such a good season and they could be good again next year, but it is hard to predict.
Moving up to professional sports, the Blues’ season being suspended scares me. They had the best record in their conference for about four months straight with a realistic shot at repeating and that may have been taken from me. The team I have loved from as long as I can remember. They won last year, but I am just as hungry for another championship.

I already knew that I loved sports, but times like these only make me want them to be there. I want to be able to turn on the TV and guide my brain throughout the day. I know that there are bigger things going on in the world, but my world revolves around sports. My calendar revolves around sports. My mood revolves around sports.
I previously talked myself into May being the best month in sports history. With the potential of a May Madness, NHL playoffs, MLB starting up, NBA playoffs, and the continuation of the XFL. It would be an overload of sports, and we would be rewarded for all the time we spent with nothing.

I know that I am not the only one in this boat\; we are all dealing with negatives during this bizarre simulation-like time. It is kind of exciting living in a time that will have documentaries and third grade social studies units written about it, but I look forward to the first step back the other way. I am excited to see what happens to restart our society.

Hopefully, it is not too much longer, but now I have a new dream. A dream of being at SLU in September as the Blues hoist the Stanley Cup for the second time in as many years.