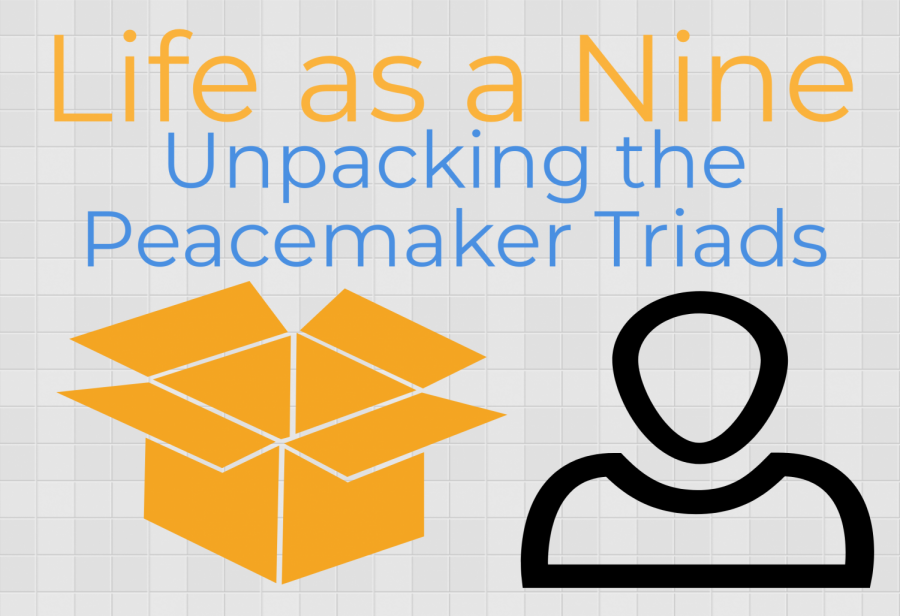 The triads divide the nine numbers into three groups of three to describe the way each type makes decisions and the emotion that is tied to it. Numbers 8, 9 and 1 fall in the gut and anger triad, 2, 3, and 4 in the heart and shame triad and 5, 6 and 7 in the head and fear triad.

Nine’s fall in the center of the gut triad, meaning when it comes down to it, peacemakers will follow their intuition. It is not uncommon for nines to make pros and cons list and carefully weigh their options, but this type of decision making rarely points to a clear answer. Whatever feels right is what they will do.

I follow my gut in all types of situations from where to eat to where to go to college. It does not matter if I ate Culver’s last night or if I feel like Lion’s Choice sounds good, if my gut is saying Culver’s then I am going to Culver’s.

At first it seems contradictory to say peacemakers are in the anger category, but it is not that they often express their anger but how they deal with it. Nines will suppress their anger to an unhealthy level. They will wholeheartedly deny it’s presence within themselves because they have made a habit of ignoring angry feelings.

Because nine’s natural response to starting to feel angry is to deny it, they tend to have trouble getting to the bottom of their feelings and working problems out. Instead, nines will easily get walked over and used because their solution to the problem is to pretend everything is fine so they do not disrupt the peace. The way nines fail to let themselves feel angry is just as harmful as being constantly angry. In order to deal with anger in a healthy way, you have to acknowledge it. Suppressing anger to keep the allusion of peace is not the answer.