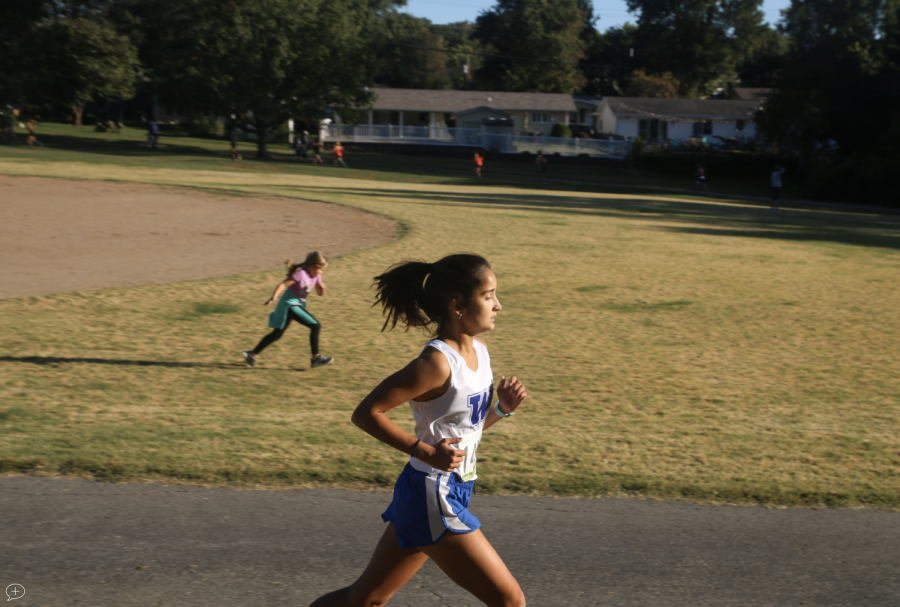 Ava Hollmann raced at the state meet in Columbia, MO on Saturday, Nov. 9 and finished in ninth place overall.

On Saturday, Nov. 9, senior Ava Hollmann ran the race of her life. With a blazing fast time of 19:15.10, Ava finished in ninth place at the state meet. In doing so, she surpassed Amanda Espy and Laura Tarantino on the all-time record board going from 3rd to 1st place on the list. Coming into the race, she had a goal and a game-plan in place, but once the race started, all other strategy went out the window.

“Going into the race, I was hoping to get all-state which is Top 25, and I was also thinking in order to do that I would already have to break the school record. My race plan was to not to go out as fast as I wanted to, and then start speeding up on the second and third miles. Well, I ended up running my fastest mile ever for the first mile of the race, so I just tried to stay calm and hold on during the second and third mile,” said Hollmann.

Trying to perfectly pace a 5k can be helpful in running a fast time. However, at one point or another, racing is racing. The state meet is a contest of how hard someone can push themselves no matter what place you are in or what pace you are running, and Hollmann gave it her all until she triumphantly crossed the finish line in the fastest time in Westminster girls’ cross country history.

“As I was a quarter-mile from the finish line, I heard [Boys’ Assistant] Coach Jacob Pinkley say that I was in 8th place, so then I was really confused. I thought he was just making that up. However, in the last straight away, I could see the time and place that I was going to finish, and I couldn’t believe it. When I finished and saw everyone who was there for me, it really warmed my heart and made me so much more joyful because if I didn’t have them, my time and place wouldn’t have meant as much,” said Hollmann.

Often times things do not end in the best way possible. A majority of the time it seems that all circumstances abide by Murphy’s Law, but this time was different. In Hollmann’s last high school cross country race, everything went better than expected. However, after only a week of rest, Hollmann will start training once again for the spring track season because that’s just who she is.

Also on Saturday, the boys’ cross country team competed against some of the best teams in the state and gave it their all. Coming into the race, the boys knew that placing in the top four was a possibility, but unfortunately, it didn’t end up happening. There are a lot of factors that go into a race, and you can never really know where people are going to place for sure. Nevertheless, the boys ran fast.

“We all had a ton of fun at the state meet and the whole experience is one of the most enjoyable things I have done during my time at Westminster. It’s a huge blessing to be apart of such a fun atmosphere with the best teams from across Missouri. The whole team did great and Hayden Turley even got a PR. Although we didn’t get on the podium, 5th is still a great way to cap off a successful season,” said Colin Ring, junior.

The boys’ performance at state bodes well for the future as the top six runners consist of four juniors, one sophomore, and one freshman. Also, one of the top runners on the team in 2018, junior Caleb Moellenhoff has been sidelined due to injury for a year, so hopefully when he returns it will just make the team even better.

“Our coach, Coach Heefner, showed us that we were the only team in class three that returned all of their top six runners, and I think our potential is sky high for next season because of all of our returning talent. With all six of this year’s runners along with Caleb back for next year, we think we could definitely contend for a podium finish again and possibly even top two,” said Ring.

In all, the 2019 cross country season has drawn to a close, but the boys and girls will be training hard to keep getting better and better throughout this track season and over the summer. One thing is for certain, the future continues to be very bright for the Westminster cross country team. 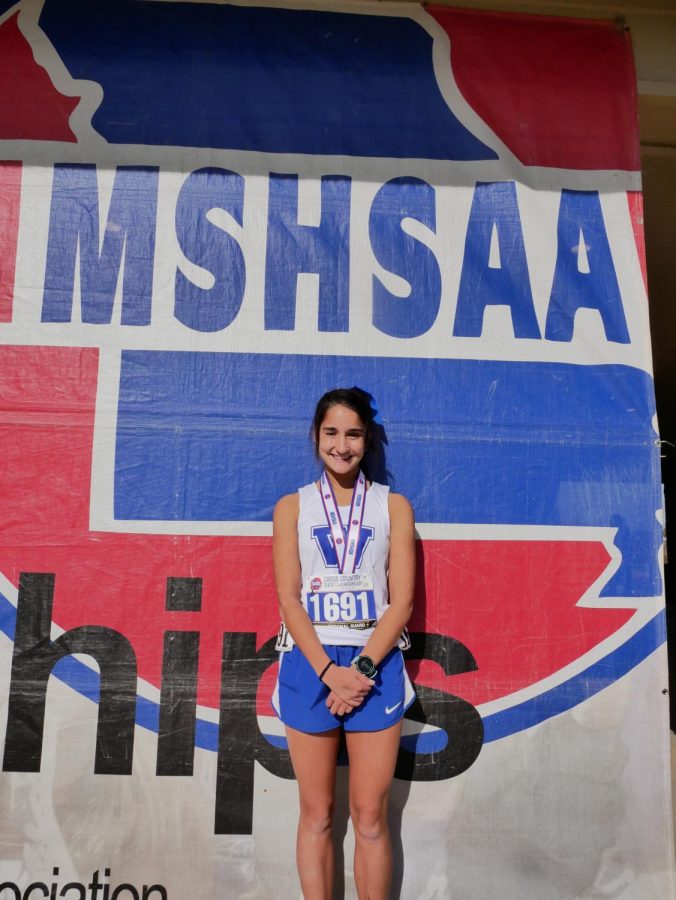 Gallery|1 Photos
Caleb Moellenhoff
Ava Hollmann poses on the podium after her ninth place finish at the state meet.
Tweet