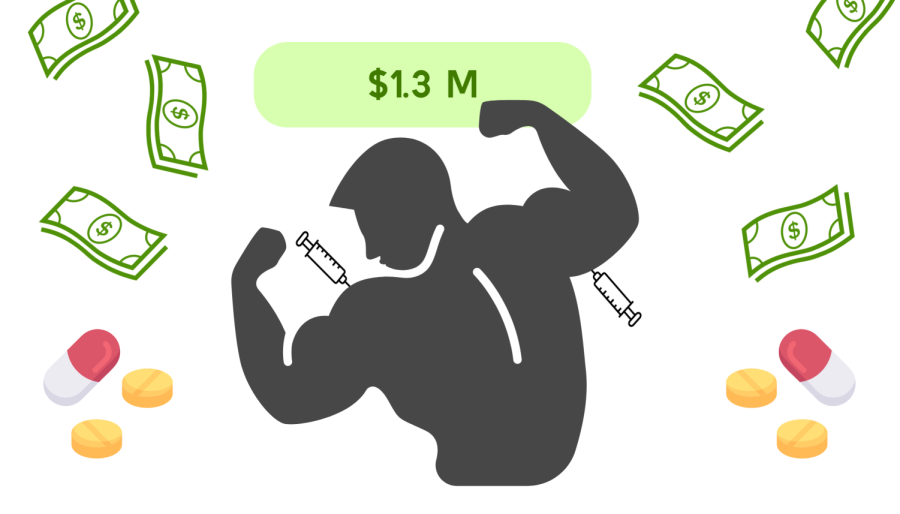 The fitness industry is causing mental issues, profiting off of lies, and misleading an upcoming generation.

Teenagers’ body image issues and physique obsessions have skyrocketed in the last few years, and experts say social media and other forms of media play an enormous role. (Mayo Clinic) With the modern age, teens get much of their influence from social media. Bodybuilders post inorganic pictures looking like chiseled statues, while simultaneously promoting fitness programs

The problem is, teens will look at these and think “Maybe I can look like him too if I use his program.” However, what teens don’t see is what the bodybuilders take to achieve that physique. Some will use Performance-Enhancing Drugs to create a false image and produce false advertising in order to sell their fitness programs.

For example, Chris Hemsworth has a fitness app called Centr. Hemsworth promotes this program while simultaneously training to be Thor in the Marvel movie. The problem being that a physique like Thor is practically impossible organically. Hemsworth is essentially profiting off of lies because he is selling something that is fake.

Dwanye “The Rock” Johnson is another example of an influencer who is not truthful about his use of steroids. Although, in 2009 he admitted, “I tried it. My buddies and I tried it back in the day when I was 18 or 19. We didn’t know what we were doing.” After that he had no mention of the use of steroids. As a fifty year old, he is twenty to thirty pounds heavier since his pro wrestling days. The Rock is now one of the faces of Under Armour, estimating $25 million a year from Under Armour. (medium.com)

However, Bodybuilders promoting fitness programs is not all bad. Strength/Conditioning and Football Coach Greg Schoenberg commented that “Many come from a good place, but there can be a level of deceit.” Many of the fitness programs are created to actually help people, and they often do. However, some fitness models want to get the “edge” over the competition, by using PED’s.

When they do this, they create a false image and are profiting off lies. The reason that teenage physique self-consciousness issues have increased dramatically in the past few years is because of models creating these “fake” body images by using Performance-Enhancing Drugs.

Even with an impossible physique, the bodybuilders who use PEDs still have an unbelievable work ethic. These men and women are still lifting immense amounts of weight and pushing themselves consistently.