Why students could be struggling academically, socially, and emotionally. 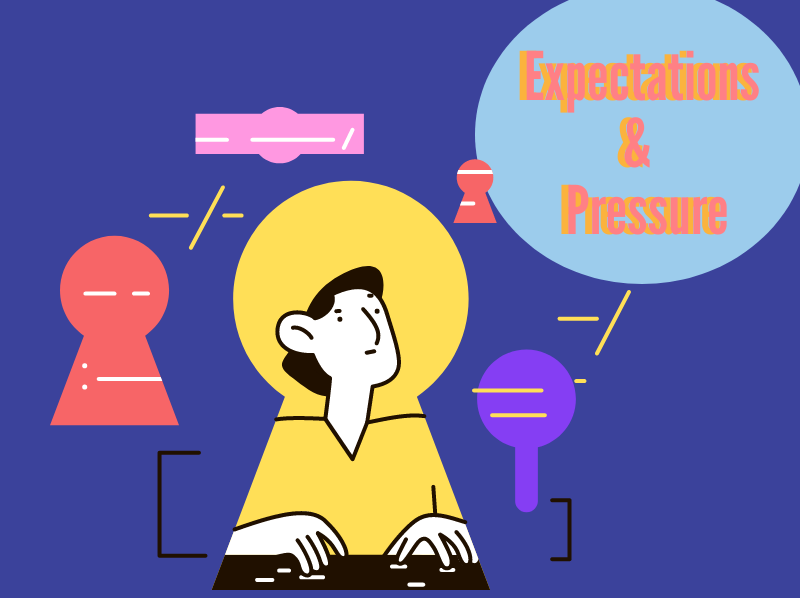 pressure and expectations being put on teens in the 21st century

Here’s a crazy number for you: youth athletics grossed over 19.2 billion dollars in the year 2019 alone. Even crazier, college tuition prices have increased over 231% as recorded in 2020. As a result of both, the competition for scholarships, recognition and success has become the main motivation for students to excel in each area that they may be integrated in. While motivation for success is not necessarily a bad thing, it is the toxicity that this motivation has taken on that is leaving kids drained and subdued. The bar has been set, and for those who want to be successful, they must go above and beyond. The pressure that society, economic or otherwise, has put on children is now crushing them, which will only continue to get worse as time goes on.

Ignoring the economic pressure brought about by inflation and student debt, the social, athletic, and academic pressures are continuing to rise. It is then worsening the anxiety in teens who are aiming for the collegiate level. With the normalization of social media for kids ages as young as 10, the pressure to have a picture perfect social life is now to be put on display for anyone and everyone to see. Platforms like instagram and snapchat have made every single moment of every single person’s life eligible to be shared to everyone all the time. As such, sharing one’s life on the internet is basically expected.

Along with the pitfalls of social media and the ever present pressure to bring forward your “best self” online, athletics and academics have also become overly competitive to the point where students are working over their capacity in order to appease the rising standards of colleges and universities. After worrying about social presentations, there is then the issue of  student loans and college tuition being raised to unbelievable heights, the lengths to which that students need to achieve to obtain a scholarship is becoming ridiculous.

Five to six AP classes, varsity sports and other enriching extracurriculars still usually fall short for many college scholarships and big name universities. On top of this, even if the individual is able to earn said scholarships or get into a big name school, the expectations within the school itself may also be higher depending. While trying to load up resumes with as many impressive achievements as possible, many are also struggling with anxiety issues as a result of these expectations. 40 million people or 18.1% of the U.S’s population over the age of 18 suffers from some kind of anxiety disorder, and that is excluding teens under the age of 18. Nearly 1 in 3 children ages 13-18 will be affected by some kind of anxiety disorder in their lifetime.

During the winter season there is also an increase in S.A.D, otherwise known as seasonal affective disorder. This can cause a lack of motivation in hundreds of students while still being expected to raise themselves to the standards of which the era has set. While it may not be a staggering amount of students, the pressure of all the things mentioned still affects enough students for the issue to be quite noticeable. Counseling at

Westminster has become one of the most important positions being held at the school as of recent. Most kids are terribly overwhelmed with the workload in addition to all of the other expectations they must uphold. And this “pressure epidemic” is not only being seen at Westminster, it can be seen all over the country, heck, all over the world! If these unrealistic expectations continue to affect students’ mental and physical health, the effects on future generations will be irreversible. Teachers and students alike must begin to have grace on each other in order to make a change in this epidemic.