Plastic Surgery Is Being Normalized 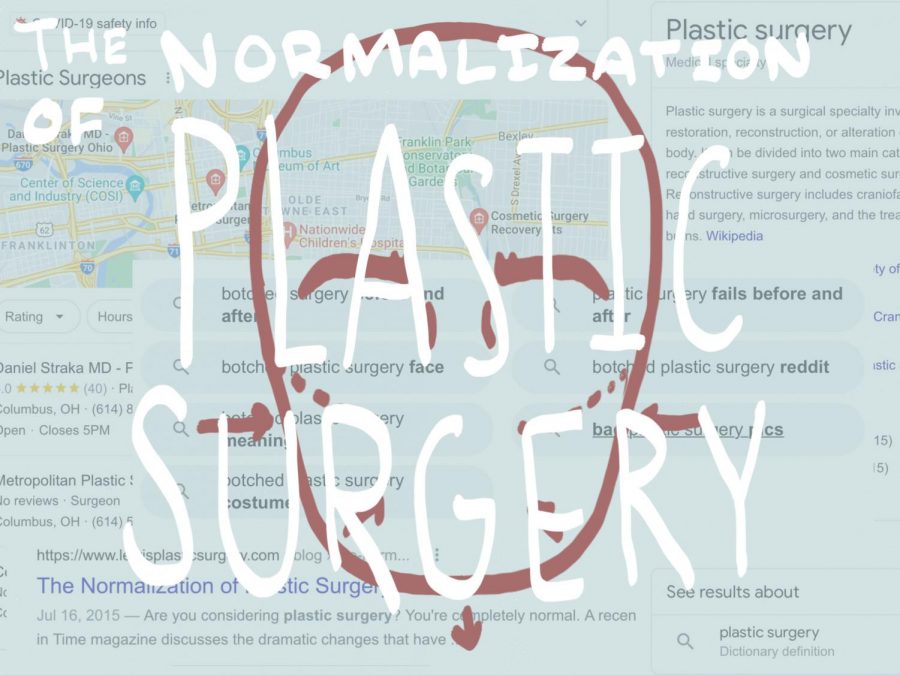 Plastic surgery is more common now than it’s ever been, and in the media, there has been a recent push over the past few years to normalize and de-stigmatize it. Although I’m all for growing more confident, this method is concerning to me.

We tell people to love their body. But then we praise them when they surgically alter their body under the pretence that they did so in order to love it. To love our bodies and ourselves- that is currently the driving idea behind most advertisements, one of the biggest ideas behind media in general right now. Many see plastic surgery as a viable method to gain this self-love.

Let me make something clear first: I myself have looked in the mirror and thought ‘if only my lips were a little bigger.’ I have looked at the bridge of my nose and thought ‘now only if that could be shaved off.’ I have looked at my hip dips and longed for their disappearance. My anger does not lie with the women or men who have considered plastic surgery or gone through with it, but at the world for being a place that made them feel as though they had to in order to be desirable.

But plastic surgery should not be a method of making oneself more confident. In fact, it often targets and exploits insecure people and sometimes makes them even more insecure, the exact opposite of what it’s intended for. According to the article “The Risks & Awards of Plastic Surgery,” written by Natalie Kita and medically reviewed by Maria LoTempio, Md, “if you feel very strong negative emotions toward your physical appearance, it’s strongly advised you consult a physician or psychologist about body dysmorphic disorder before pursuing a solution with surgery.” The whole reason for getting plastic surgery is warned against and it’s not even recommended.

It’s easy to place too much hope in plastic surgery and expect it to fix your insecurity. While a lot of people do experience heightened self-esteem after surgery, a lot of people are also left feeling insecure and regretful of their decision or hungry for more- it’s not hard to be disappointed with your results, and a study posted in Plastic and Reconstructive Surgery found that “patients who are dissatisfied with surgery may request repeat procedures or experience depression and adjustment problems, social isolation, family problems, self-destructive behaviors” (“Plastic Surgery: Beauty or Beast?”).

The truth is that your actions have consequences, and when you show the world that you felt insecure about a particular feature, you teach the rest of the world to hate it too. Instead of celebrating differences, plastic surgery causes people to feel shame for them.

But how is this different from extreme makeup? Why aren’t I against that? Because makeup is not permanent, it does not come with fatal medical risks, it can be easily reversed, and people do not place so much hope into it. It is often used as a form of artistic expression, and . Makeup does not harm your skin unless you’re allergic, and it does not invade what is beneath the skin. Plastic surgery is, in fact, surgically placing plastic into your face. After time, it begins to disintegrate and fall down in your face, releasing toxins into it.

So many women receive lip injections these days- on social media, it’s almost more common to have filled lips than it is to have natural ones. But like any surgical procedure, plastic surgery comes with risks. Risks include “complications related to anesthesia, including pneumonia, blood clots and, rarely, death; Infection at the incision site, which may worsen scarring and require additional surgery; Fluid buildup under the skin; Mild bleeding, which may require another surgical procedure, or bleeding significant enough to require a transfusion: Abnormal scarring due to skin breakdown; Separation of the surgical wound, which sometimes requires additional procedures; Numbness and tingling from nerve damage, which may be permanent; Mortality,” according to the Mayo Clinic. Confidence should not come at the risk of mortality. The fact that people will risk their lives to change their outer appearance says something deeply unsettling about society and the beauty standards it retains.

Plastic surgery alludes to something disturbing in our society. I love the idea of people growing more confident in themselves, but this particular method of gaining that confidence does not sit right with me. But at the end of the day, I’m not in charge of your body or the decisions you make- if plastic surgery will have a genuine positive impact on your life, I’m not going to block the plastic surgeon’s door trying to keep you from entering. But you should know the medical risks involved and the potential consequences it might have.

From celebrities to normal people, I noticed something unnerving: all the girls were starting to look the exact same. Fake tans, cute, small, thin noses, filled lips, dyed blonde hair… hence the coined term “Instagram face.” And I myself looked nothing like it. I have a larger nose, skin so pale the sun practically blinds me reflecting off of it, and my lips are on the smaller side. Really, very few people look like the beauty standard naturally. But on social media, you are taught that only a few features will deem you beautiful, and an absence of any of them will make you ugly.