The Animal You’re Wearing Might Have Been Skinned Alive

Animals suffer for the sake of something so trivial 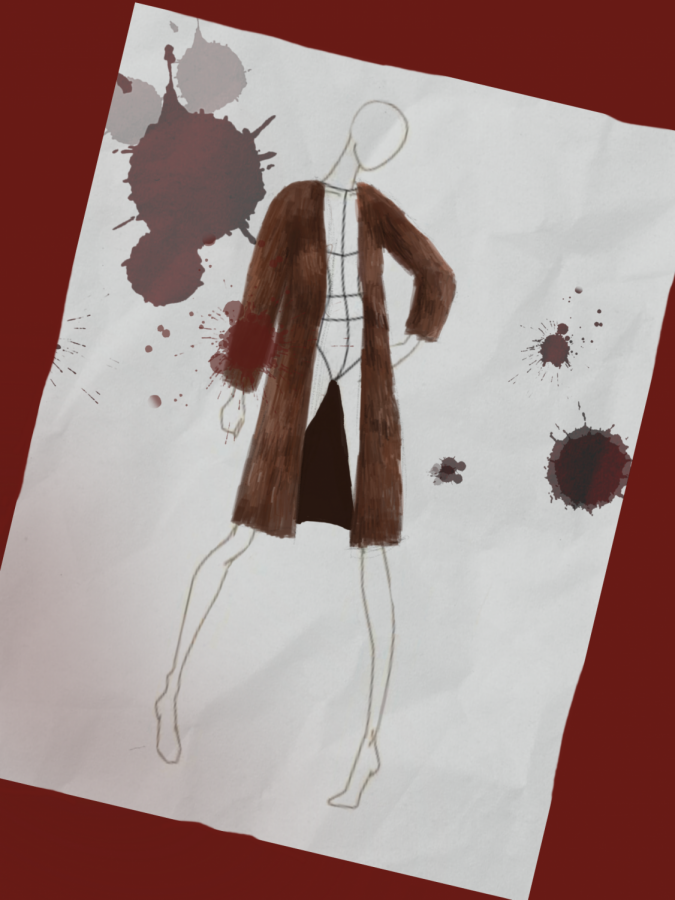 The blood of animals is in your hands when you pick up the clothing.

A rabbit receives a strike to its skull before she is shackled by her back legs and hung upside down, where her throat is then slit and she is skinned. A racoon is slammed into the ground in effort to kill it and, even though the attempt was futile and the creature remains conscious, it is skinned. A fox is beaten to death with clubs so that a man or woman might adorn his skin as some trendy scarf, hat, or gloves. It sounds like it comes from some twisted dystopian novel, doesn’t it? It breaks my heart to tell you that every single one of these descriptions are incredibly real, non-isolated, and happening at this very moment, taken straight from an article by Human Society International, “The Fur Trade.”

There are many different methods of execution, all of them creatively cruel and disturbing; to say that they are inhumane is an understatement. Snakes, for example, are blown up like balloons, starved so that their skin doesn’t stretch, and hung up like the clothes they’ll soon, where they are skinned. Due to snake’s incredibly slow metabolism, they are still able to feel the pain of being skinned, even if they are killed beforehand.

It’s not only the deaths of the animals that are heinous, but their lives and days leading up to their slaughter. They suffer immensely, crammed into small cages where they are trapped and confined their whole lives, unable to take more than a few steps back and forth, if they get even that. Not only is being contained like this miserable, especially for creatures meant to roam freely in the wild, but the close conditions make parasites and diseases spread through the animals like wildfire.

Animals will have broken bones that go untreated, their tails chopped off, and will sometimes suffocate or be crushed to death while being transferred between locations. None of the animals are properly fed or hydrated, and all of them live with “fear, stress, disease, parasites, and other physical and psychological hardships,” states the PETA article “Inside the Fur Industry: Factory Farms.”

Even faux fur coats aren’t safe to buy. You may think you’re buying a faux fur coat, but even if the clothing is labeled as so, some retailers lie and say the fur is faux when in reality it isn’t. Even worse, you might think you’re buying something like mink skin or faux fur, when you could actually be purchasing a skinned puppy or cat. Yes, that’s right, a skinned puppy or cat. In Southern China, dogs and cats are used in fur farming, and in 2005, PETA uncovered a trade and discovered that some of the dogs and cats “had been on the road for days, transported in flimsy wire-mesh cages with no food or water. Animals were packed so tightly into cages that they could not move” (“Inside the Fur Industry: Factory Farms”).

If you’re thinking all of this is too cruel and outrageous to believe, if you think I’m exaggerating, if you think these articles are distorting the facts for shock value in any way, go look it up yourself; one quick google search will bring up hundreds of photos- videos, even- of the abuse and violent slaughters of these innocent animals. The innocent animals brutally sacrificed for the sake of something that is, at the end of the day, completely and utterly meaningless. They’re not going to be used as vital food, but consumeristic trends. This issue doesn’t need any shock value added to it; it speaks for itself. Fur farming is a disgusting, vile, depraved monstrosity that uses downright cruelty and torture to produce what exactly? Trendy clothing? A nice rug? A smal, cutesy bobble on the top of your winter hat?

It is sickening how these barbaric actions go on, and not only go on, but aren’t even banned in some countries, meaning the disgusting mistreatment and slaughter of these animals receives no punishment and invokes no consequences. There is nothing stopping these people from continuing their atrocious actions besides a set of morals they clearly don’t possess. In the U.S., states are not required to ban it, and only California does. Fur farming is also allowed in China, Canada, Russia, and a shocking additional amount of places.

So how can we fix this? Do not buy or wear any fur or snakeskin- even if it was your great grandmother’s and the damage has already been done (by wearing it you could be subconsciously promoting and normalizing it). Do not buy from companies that don’t have an explicit no fur policy- this information will be accessible online.

The other contribution you can make is signing a petition online, something that takes no more than two minutes of your time.

Don’t stand by while animals are tortured and slaughtered for the sake of mindless trends.