Soulmates: Do they exist?

Society seems determined to insist that everyone has a romantic soulmate out there, but is that really true? 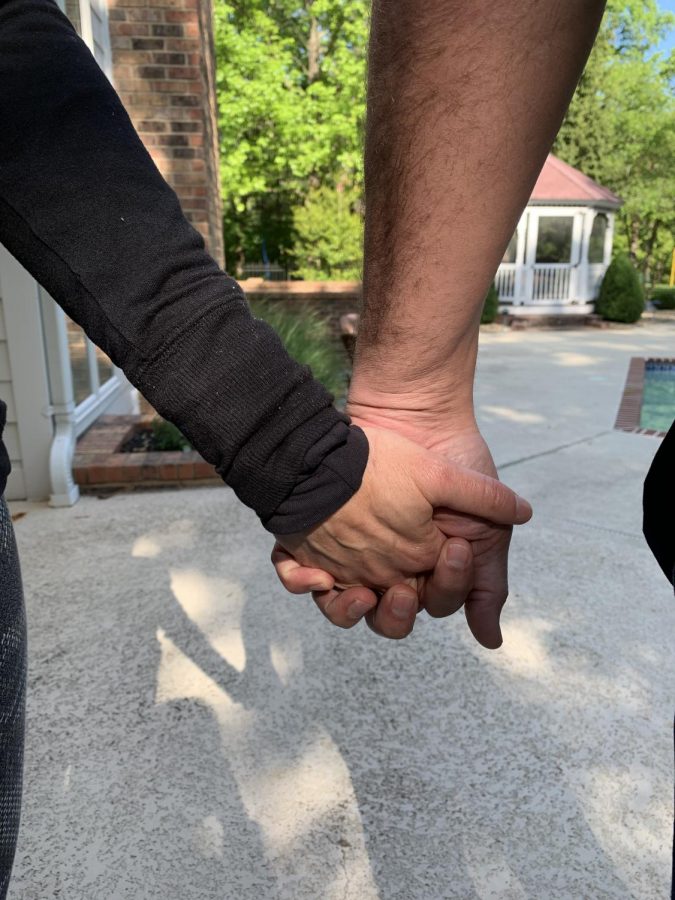 I believe that my parents, pictured above, are truly soulmates.

Ever since I was young, I always dreamed about having the ultimate best friend. Someone who liked all the things I liked, who was good at all the things I was good at, and who would always be around for me to hang out with. As I got older, I realized that what my younger self was after was to basically live in a Disney TV show. However, my ambitious dreams as a kid are dreams that adults still have — although the term they use is different.

A “soulmate” is defined by the Webster Dictionary as “a person who is perfectly suited to another in temperament” or “a person who strongly resembles another in attitudes or beliefs.” In the objective definition of the word, there is the connotation of a friendship rather than a romantic relation- ship, although that tends to be the context the word is most often found in. Some people are adamantly persistent that soulmates exist and that there is only one for each person. However, others argue that the notion of soulmates is silly and that you can have multiple people you connect with. So, what is the truth?

According to an article by Bibi Deitz on the website Bustle, research proves that “if it’s just boiled down to math, the probability of finding your one true soulmate is pretty lousy.” However, this statement is referring to the idea of finding one specific soulmate.

By the definition, there is significant reason for believing that one person can have multiple “soulmates” or people that you can get along with and act similarly as. Therefore, the idea that each person has one soulmate is rather unlikely.

The Bible also has a say in whether soulmates exist. One of the greatest friendships in the Bible talks about souls being knitted together. David and Jonathan were an unlikely pairing since David was next in line to the throne after Saul, which should have been Jonathan since he was the heir.

However, they were close, and in 1 Samuel 18:1, the writer says, “The soul of Jonathan was knit with the soul of David, and Jonathan loved him as his own soul.” This clearly seems to indicate that the Bible encourages the idea of soulmates being a close friendship between two people.

The Bible also mentions souls being close in Deuteronomy 13:6 when it says, “thy friend, which is as thine own soul.” In both these instances, the Bible is referring to soulmates being close friends who know each other better than anyone else.

Lee explains this finding by saying, “In the soulmate frame, conflicts are bad. People think, ‘Well, maybe we’re not the perfect fit.’” While close, deep relationships can occur be- tween two people romantically, that is not always the case for every person, and sometimes thinking of the other person as your soulmate can be more damaging than you realized.

Soulmates are people who are similar to you in attitude, personality, and temperament and while there will never be any- one exactly like you, there can be people who you connect with on a deeper level than others. That does not mean that each person has one soulmate out there that they must find since science and math generally regard that as impossible. The Bible explains this connection through the friendship of David and Jonathan as one where they were so close, it was like their souls were knitted together.

So don’t be upset if you realized that there isn’t one soulmate out there for you. From a Christian perspective, we can see that whoever you end up with is the person you were meant to be with. Whether it is a romantic relationship or a close friendship, God is sending you just the people you need in that time.

Obviously, this research is limited since no one can know for certain whether soulmates exist, but evidence seems to prove that soulmates can be multiple people who you feel the absolute closest to. So maybe take a look around. Your “soulmate” could be your sibling, a parent, a kid, or any other relative whom you connect with on several different levels.