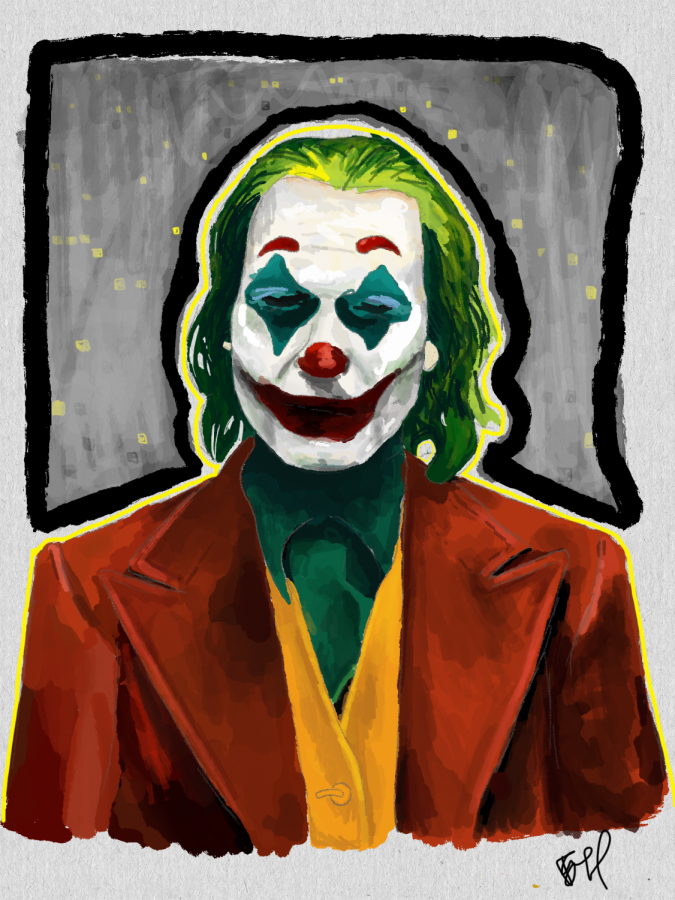 The Joker is made into a real person with feelings and severe emotional damage in this new film.

Everyone knows and loves the malevolent character that is the Joker. The antagonist to Batman, Joker’s insanity has not had an explanation until today. Making his first debut in Detective Comics in 1951, Joker earned his name from his disfigurement after jumping into a vat of chemicals because of his resemblance to the joker playing cards. However, according to the new film Joker directed by Todd Phillips, he has a very different backstory.

Played by Joaquin Phoenix, Arthur Fleck (later known as Joker) is a struggling comedian who is abused by the society he lives in. He struggles with a neurological disability which causes him to laugh uncontrollably in awkward situations; this and the fact that he is always alone make him a constant target for other characters throughout the movie.

This film has extremely pressing themes that are sensitive to many viewers, including mental illness, childhood trauma, and isolation. All of these themes assist in the movie’s striking production, leaving the audience rattled by the end and earning the film an understandable R rating. The film as a whole is very disturbing and is almost hard to watch because of the intensity of emotions Fleck feels which evokes an intense emotional response in the audience. We watch as he sinks deeper and deeper into madness and the anguish and self-loathing consume him.

Joker also provides an illustration of how a classist society starts to crumble when the lower class begins to revolt. After three murders of higher class citizens draw the attention of the city, the Joker’s popularity rises and people begin to follow his lead. The aftermath is a purge-like scene where it is a free-for-all in the streets of Gotham.

In addition, Joker also introduces Bruce Wayne, played by Dante Pereira-Olson. Batman is shown as a little boy during the film, and Joker’s connection to him actually lies with his father, Thomas Wayne (Brett Cullen). The movie reveals Batman’s backstory along with Joker’s and shows just how intertwined their worlds are.

Taking a classic story, twisting it, and warping it into an entire film, Todd Phillips has audiences pitying the once-hated villain. He transforms Joker into a real person with feelings and severe emotional damage that the audience feels along with the character. Understanding his backstory makes the Joker more than just a clown – he becomes a symbol of mental illness, childhood trauma, and rejection from society.

Overall, Joker is certainly worthy of your time and is a creative, intriguing film with phenomenal acting and a real story to tell. But beware, Joker is a whole lot more than just a film about Batman’s greatest villain.