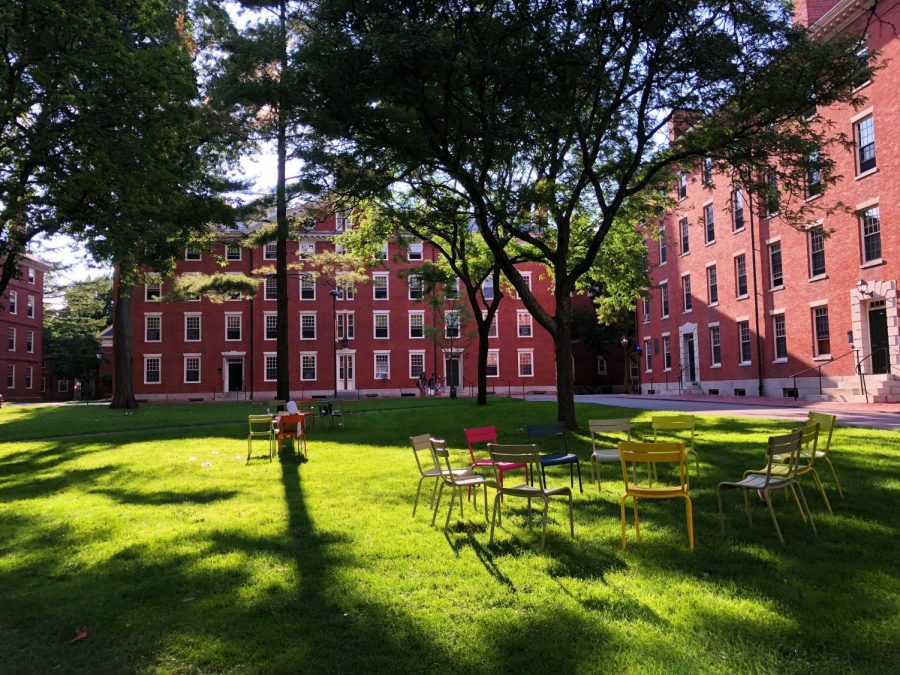 What a sad moment our society has witnessed when corruption, deceit, and fraud surge through the distinguished campuses of America, forcing people to ask the troubling question: who got in where—and how?

In what the Justice Department calls the “largest college admission prosecution in U.S. history,” parents discreetly paid anywhere from $200,000 to up to $6.5 million to portray their ordinary kids as high school superstars, worthy of receiving the coveted admission slots. Sadly, authenticity and merit did not enter the equation in the minds of the wealthy participants, who gladly wielded their privilege.

These shocking illegal tactics are not without precedent in the current college-admission craze. Only five months prior to the Varsity-Blues Scandal, a New York Times exposé implicated T.M. Landry College Preparatory School in Louisiana for perpetrating a well-organized scam of doctoring transcripts and inventing compelling student stories designed to appeal to elite admissions officers. In return, the school proudly boasted their acceptance of low-income students into the hallowed halls of Harvard, Princeton, Cornell, Brown, and Stanford.

These blatant crimes are just the tip of the iceberg for a prolonged investigation, likely to expose others gaming the system. It has become all-too-common for participants to bend the boundaries of acceptable decorum, with some submitting inauthentic college essays or securing diagnoses of exaggerated or non-existent disabilities to gain extra time on the ACT/SAT.

As the college admissions process has lost credibility at the hands of bad behavior, there are no winners. With universities reputations tarnished and degrees and acceptance letters under scrutiny, we are left with a skepticism of the bastions of higher education. The impression of instability places us on shaky ground for the future of college admissions.

But there’s a much heavier toll to this college mania— and today’s youth are the collateral damage. As questionable behavior skyrockets — with the embellishment of accomplishments in order to appeal to the arbitrary demands of an admission officer — the essential values of integrity, character, and ethics are compromised for a shallow price.

Recent professional reports indicate a cultural shift in students’ inclination towards dishonest means to accomplish goals. According to the 2012 Josephson Report on the Ethics of American Youth, 57% of teens surveyed agree that successful people “do what they have to do” to get ahead, even if such actions include cheating. Equally unsettling are the results of “The Children We Mean To Raise” report analyzing where students align their values. When asked what mattered most between the categories of high school achievement, happiness, or caring for others, only 22% of students surveyed ranked “caring” as their top priority.

These instances represent a glaring example of the moral decay befitting of our times — a manifestation of the consequences of attributing success with achievement, valuing outcomes over means, and pursuing self-serving interest over concern for others. It leaves us questioning, Where do we go from here? As we cross beyond the threshold of tolerance, there’s an urgent necessity to turn the conversation towards guiding the minds of today’s youth. And this is exactly what some reformers in the field have already set out to accomplish.

Initiated in 2013, the Harvard Graduate School of Education launched the Making Care Common project calling families, educators, and communities to elevate core ethical capacities in modern-day culture. With a vision for a brighter future, the initiative promotes an educational system that encourages children to “care about others and the common good, treat people well day to day, come to understand and seek fairness and justice, and do what is right even at times at a cost to themselves.”

In a mission to transform the college admissions process, this month Making Care Common released the second of four reports titled “Turning the Tide” offering concrete steps to drastically alter the values in college admissions. Endorsed by over 50 college deans, the report provides a set of recommendations to influence character building and integrity development.

In a time when we strive to break barriers, seek inclusion, and ensure equity to all people, character, and ethics stand at the heart of inspiring positive change and solving social, economic, and political tensions. Cultivating a sense of responsibility to the community and instilling empathetic, caring, and just-minded ideals are invaluable qualities that facilitate interconnectedness and enhance the ability to engage in the world.

As society shapes the next generation, what ultimately counts is strength and quality of character. Like the illustrious philosopher, Aristotle acknowledged, “Educating the mind without educating the heart is no education at all.” And this is the timeless truth that we must embrace to build a better, a kinder, and more caring tomorrow.