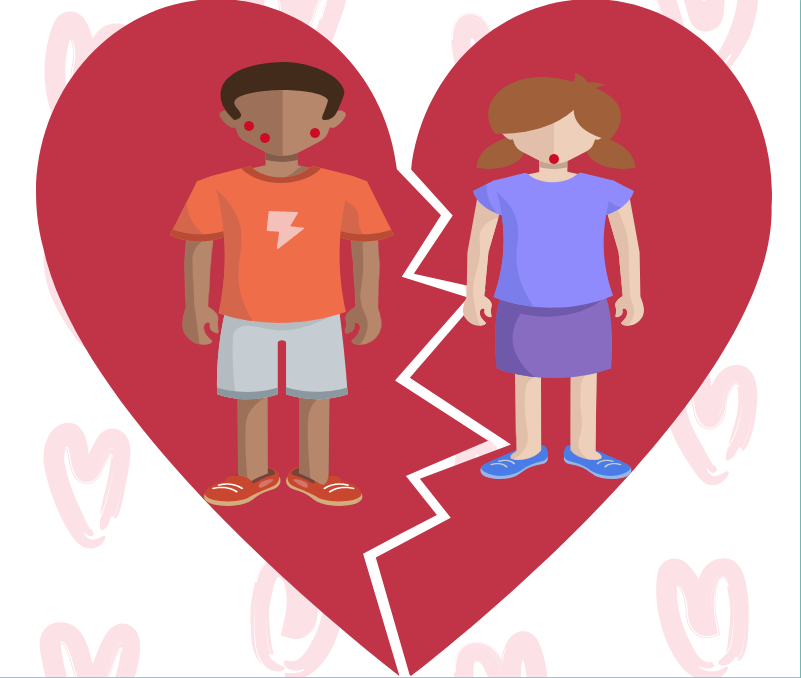 Realationships in high-school while fun in theory are destined for failure.

We all know parents who are high school sweethearts, recent grads that stuck it out together after graduation, and the impossibly mature senior couple who seem to have been born married to each other. These couples are the end goals of many teenage relationships, and to many, high school is the pearly gate that allows permittance.

It all starts in freshman year. After breaking ties from those trivial eighth grade relationships that may have consisted of anything from holding hands, attending mixers, or even the elusive first kiss, you’re ready for the romantic utopia of high school.
From the first day, you are pleased to know that High School Musical really was an accurate depiction. The random bursts into song during lunch, dreamy jocks who are also theatre geeks, and secret, steamy escapes to the rooftop greenhouse all inspire confidence for the next four years to be the best four years of your life.

In the winter time, the flurries outside our beautiful brick compound reflect the butterflies in your stomach as you anxiously wait for your crush to ask you to CB. When he strategically asks you during lunch, in front of all of your friends, you revel in the contempt of those at the table that have yet to be asked.

After the awkward dancing to “Apple Bottom Jeans” and the war cry to “Sweet Caroline” at CB, you know that you’ve locked him down. Once he asks you out, you excitedly ride in his mother’s chariot of a minivan to the Starbucks on Clayton, the movie theatre, and, *gasp,* his living room to watch Netflix and maybe even cuddle.

Fastforward. You’ve broken up. After a few affectionate kisses and sharings of Hollyberry cookies, it’s time to move on. At this point, there’s still plenty of time to get to know someone, even the few guys you haven’t had a class with yet. You find, though, that there are only so many small parties with the same cast of guys, and your desire to be with someone from school seems to have expired.

It’s time to look outside of Westminster for romantic opportunities. DeSmet, Chaminade, and even Lafayette are all good options. So, you date one of them for a little bit, take them as the guest who sticks out like a sore thumb at JSB, then return to brooding among the tried and not-so-true classmates of WCA.

And then… you finally notice him. The one that has hung around the frays of your friend group, the one that you’ve never really taken an effort to get to know up to this point. But then you do- and it’s magical. Soon enough, you’re planning where both of you are going to college, and if not together, then close by, and if not close by, then as long distance as the earth and the moon. Because nothing can separate true love!

When the yearbooks come out, you and your future husband excitedly read each other’s typed-up captions of each other, without any regret about the fact that those endearing words will be seared in that thick book forever, for better or for worse.
Graduation day has arrived. With your diploma in hand and your eyes on your devoted boyfriend in the crowd, nothing, nothing could go wrong. A month or so before college starts, your boyfriend calls. He tells you, not even in person, that it’ll be better for the both of you if you can be free before entering such a new phase of your life. Heartbroken yet secretly liberated, your fresh scars make you a courageous yet sensitive warrior for the next, hopefully more dramatic, four years of your life.

Clearly, I am about the most inexperienced, ignorant, and salty junior in high school. In my defense, though, after hearing a plethora of stories and seeing a handful of tragedies, I have been deterred from considering any romance at this acne-clad age.
While I used to wish that one of my crushes, or really anyone, would pay me some romantic attention, I now believe that, for the most part, high school is not the place to involve myself in this way. All I can hope for now is that if for some reason I am flattered and asked out by a guy, I will have the fortitude to say no and free myself from any pent up expectations that will not come to fruition.