From all the day’s totals to the winners, and an unexpected interruption it’s all here. 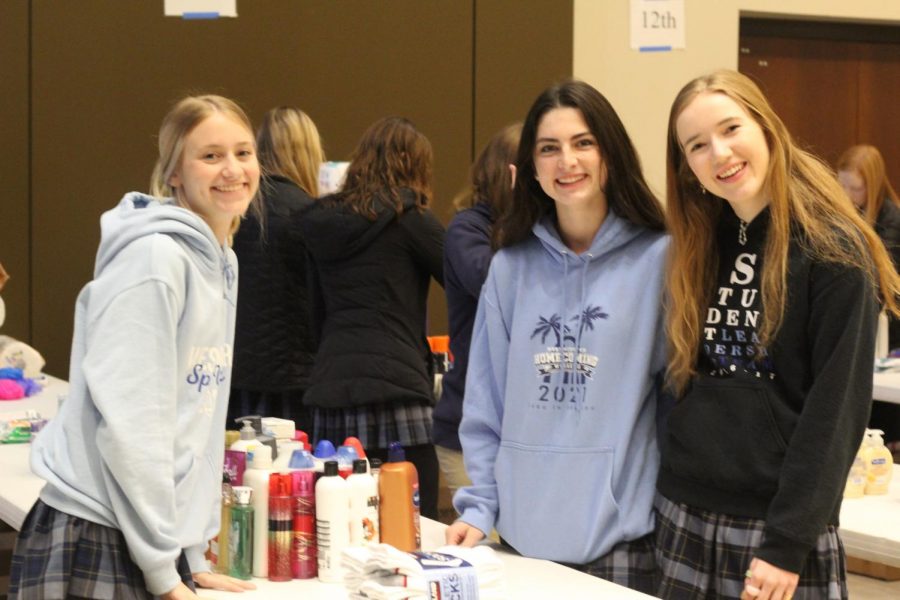 Sophomores pose with ITSOG items as they have joy of helping.

I.T.S.O.G has gone fairly well this year, although we missed our goal this week has certainly been eventful. From a brief Volleyball interruption to a sweeping victory this will certainly be an I.T.S.O.G Week to remember.

On Thursday Girl’s Volleyball went to the State Semi-Finals. If they won we would receive the day after off school to go and cheer them on at state. In a sweeping victory these amazing girls won both games. So obviously Friday’s donations were pushed to Monday. Even through this distraction the Wildcats pulled through and donated generously on Monday. “Overall the total might have been lower, but we still did a great job donating,” said Maggie Lindstrom, senior.

Now you may wonder who was the overall winner. This was obviously the Juniors, who swept the week all except for one day when the sophomores won. They will be the recipient of the pizza party and have most likely drank gallons of delicious Paw-Print Coffee.

I think we would all in Westminster like to thank STUCO for organizing this important event. Especially Jack Wooldridge and Mrs. Brown who led this initiative. And lastly thank you to the student body for donating so generously. “It is so rewarding as a Junior to see the true generosity inside of my own classmates.” said Anna Grace Likes, Student Council Officer.

In conclusion I.T.S.O.G definitely did not go as planned. And yet this is a week we all will surely remember.