Not a GRIMM Moment in This Play! 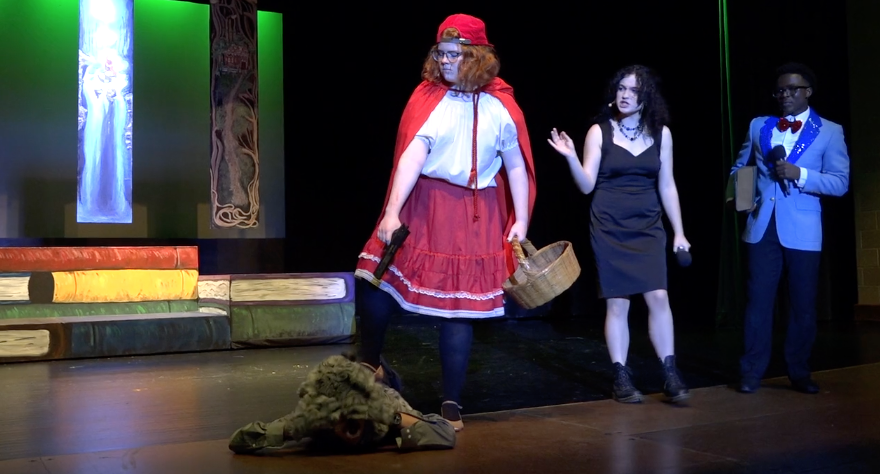 The play was a smash hit!

At Westminster this year, Mr. Butz will be directing, The Brothers Grimm Spectaculathon, by Don Zolidis, which follows two narrators and multiple actors and their attempt to combine all 209 classic fairy tales into one.

Poppy McCauley, one of the leads in WCA’s Fall performance, will answer some questions about the play.

Q: Why should people be excited to come to the show?

A: I think this is a show unlike anything anyone has seen before. It is a mix between the Brothers Grimm, Monty Python, and SNL. I think that there is humor for everyone in this show and the audience will never know what will happen next. I don’t just say that to try and get pity points but the show is on steroids. The cast is five steps ahead and anything that you think is possible will blow your mind. We had audience members literally cackling whenever they came in.

Q: What is your favorite aspect of the show?
A: My favorite part of the show to perform is when we interact with the audience and give them a good dynamic between both narrators. It’s ironic because the characters Patrick and I play are polar opposites of our real personalities. It’s been so fun to watch Patrick Howard let loose on stage, and watch the audience get a kick with the off the record interactions. There is no fourth wall in this show! The stage is a suggestion.

Q: What made you want to join the show?
A: I think most people know me as the “theatre kid”, so obviously I was going to walk into this show business ready. As I was reading the script, what really caught my eye was the playfulness. The narrator role really pushed me outside of my comfort zone.