“Sustainable technology that respects users and does not rely on the commoditization of personal data,” said Acton, CEO of recently revealed, private messaging app named Signal. Their main priority is customers feeling secure when handling their data. 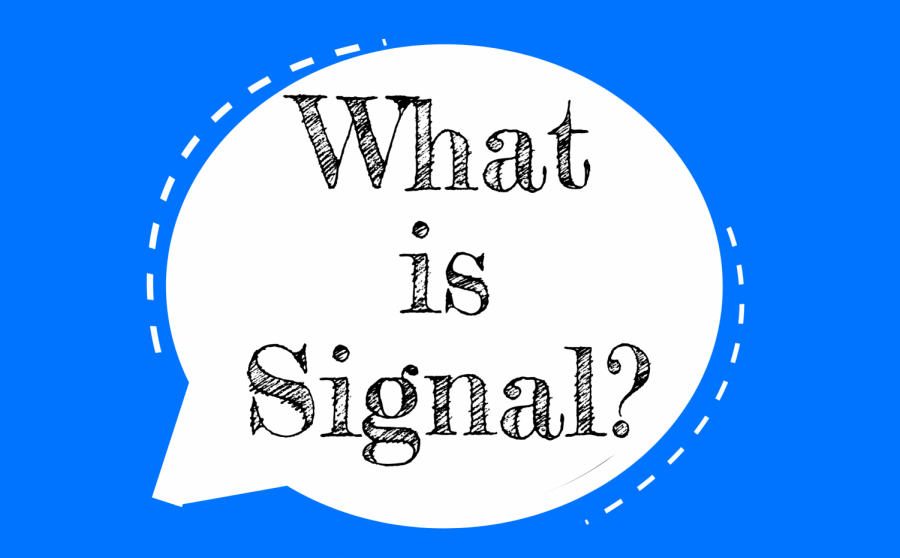 is signal the future of messaging, or will it fail?

Privacy: an aspect to life that every individual values over most anything else. That feeling of security, and knowing what you want to stay private will most definitely stay private. Recently, Signal, a messaging app, was released by famous security researcher Moxie Marlinspike and roboticist Stuart Anderson. Marlinspike is the current CEO of the app along with Brian Acton, the co-founder of WhatsApp, another similar application to Signal. Acton made the decision to depart from the WhatsApp team back in 2017, and decided to use his genius energy into Signal. According to the Indian Express, Acton has invested over 50 million into this modern creation.

According to journalist Clare Duffy, for CNN Business, “…people are increasingly concerned with safeguarding their private information. However, this particular bump in Signal’s usership comes in the wake of confusion over an updated terms of service notification from Facebook-owned encrypted messaging service WhatsApp.” By definition, when information is encrypted, it scrambles itself until it reaches the correct person. No one that is not supposed to can view the message. This ensures that the data is kept secret and out of the hands of the wrong person. Numerous customers are baffled due to the so-called “improved” terms of service regarding WhatsApp. Instead possibly putting their privacy at risk, they have instead turned all of their security issues over to Signal.

Duffy also explained that Signal has collected financial investments from the incredibly wealthy CEO of Tesla, Elon Musk. This immediately boosted their company, along with making a name for themselves. However, everything new and improves does not come without its glitches. “On Thursday, Signal tweeted that verification codes for new user sign-ups might be delayed ‘because so many new people are trying to join Signal right now (we can barely register our excitement),’” said Duffy. Furthermore, Signal ended this fluke promptly, and were soon on their way of receiving more and more incoming customers.

Although a new app, Signal is an abrupt punch in the face to WhatsApp. You cannot mess around with privacy. If people believe in the slightest that their information is not possibly being kept private, you better believe they are going to jump ship quickly. This is the fault of WhatsApp for posting confusing messages about their terms of service. Privacy cannot be questioned.

Why do people even care about privacy anyway? There are countless reasons. Individuals are more concerned with the possible effects of not having privacy. What kind of confidential information could be leaked if certain data was not kept in the dark? The consequence could be debilitating if the wrong person’s information became known to the public. Besides, everyone should be given the right of privacy and solitude. Obviously users began to not feel their data was not being kept private anymore, even if they were just confused on what the new policy consisted of, why take a chance when Signal is absolutely going to keep everything 100% private?