The Capitol Breach: A Christian Perspective (?)

The problem with simplifying political issues to right or wrong 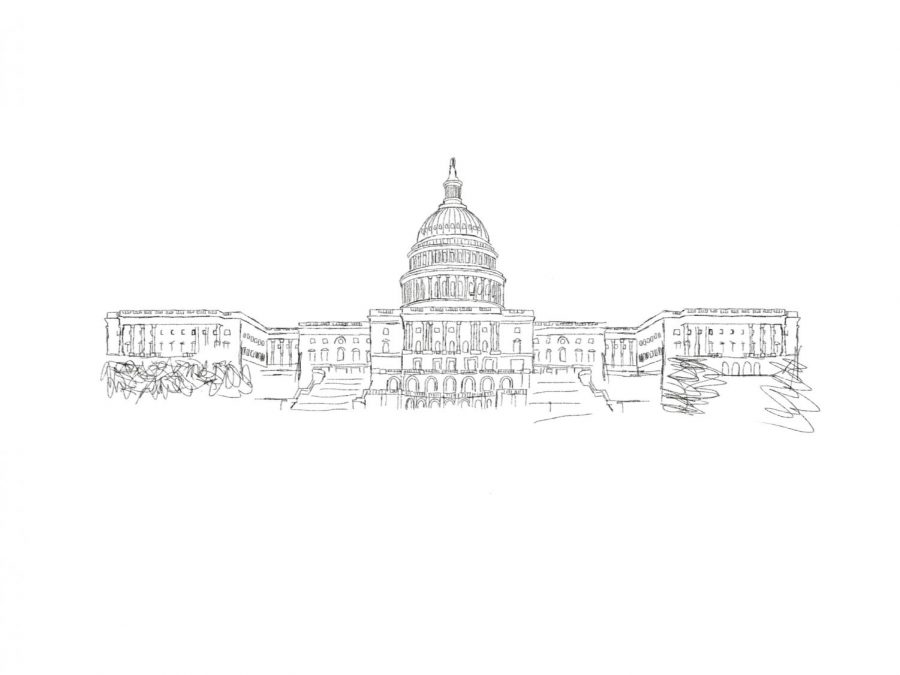 The Capitol on the 6th of January was stormed as in act of protesting.

Since this Wednesday, January 6, headline after headline informs the globe of the breach of the Capitol building, an act of insurrection in response to November’s presidential election. A group of Trump supporters that rallied in D.C. broke through windows, occupied the building, replaced the American flag, and invaded offices while Congress recounted votes. They claimed their right to rebellion against election fraud, while others criticized their refusal to comply with the very democratic idea.

Yet regardless of political opinion, the controversy arguably lies in the approach taken to communicate such opinions. To some, Trump supporters advocating for a just voting process, whether or not fraud occurred in the first place, lost their message by storming the Capitol in anger and in hatred. To others, the right to rebel against injustice, a fundamental aspect of American political philosophy, protects the breach and determines it warranted. And let us not forget the majority of the country who simply hopes for a peaceful transfer of power.

All perspectives are communicated under the assumption of their own validity and truth—often without room for uncertainty or ambiguity. Operating on a need-to-know basis, we have burdened ourselves with the responsibility of uncovering the one correct approach to situations like these. We need to either prove the accuracy of our viewpoint or solve the problem as if it were an algebraic equation.

Unfortunately, however, the pressing questions we face concerning justice and morality seldom seem to allow for black and white answers. War is evil, is it not? Murder? Yet the Revolutionary War evaluated by a 21st century citizen of the United States certainly serves a higher purpose than mere violence. Would you shoot Hitler if you had the chance? Would you kill one person to save five? Consider, regardless of your political views, if the election were fraudulent; will not a radical response spur the pursuit of uprightness? In essence, do the ends justify the means?

An easy yet quite ill-advised way to avoid the nuances of such moral enigmas is to simplify them to an “either-glorify-God-or-sin” dilemma. To demonstrate: the violence and intrusion that occurred at the Capitol does not align with the message of peace and love written in the Bible; it is thus unjust according to this mode of evaluation. Let us pray for our enemies, pray for our country, and mourn over America.

Limiting our response to this approach, though not incorrect, can be terribly problematic. No, while such claims are not false in and of themselves, they often ignore the root of the issue and instead act as a bandaid over a gaping wound. Our Fathers founded the United States on the principles of brotherhood, virtue, and liberty. To watch the foundation of our country erode by the merciless winds of political hostility and festering animosity is utterly heartbreaking. The sheer depth of our gashes renders it impossible to stop the bleeding with only a cloth.

I would argue that coming to a definite conclusion is not of utmost importance. The human race does not govern the universe; we cannot comprehend the workings of an infinite God. Should He use January 6, 2021 to fulfill a future purpose, a future end, Man shall not know until the Lord reveals Himself. Should it remain a saddening reminder of the reality of evil, let His will be done. In a society scrambling to find all of the answers, perhaps the most important response is to embrace the mystery—to face the unknown and admit the finite nature of our mind.

Do positive outcomes of war and riots and assassinations justify violence, murder, dehumanization, and destruction? Objectively, these ends cannot pardon the means, yet that is not to undermine the vital roles that such acts of evil have played in the web of history. Maybe the end does not justify the means but rather magnifies God’s ability to redeem them. I do not have a definite answer.

We must recognize that we are bound to the universe, restrained by gravity, and living under the laws of time. We cannot possibly imagine the mind of an omniscient, omnipresent God who created the very concept of space and time—whose hands intricately formed each individual life and wove them into the most beautiful story of which He alone is the author. January 6, 2021 is an indispensable chapter in that story. May we read on, humbly and wholeheartedly subject to the Almighty.