The Sanctity of Human Life

What would you do if you found a human skull just out of the blue? 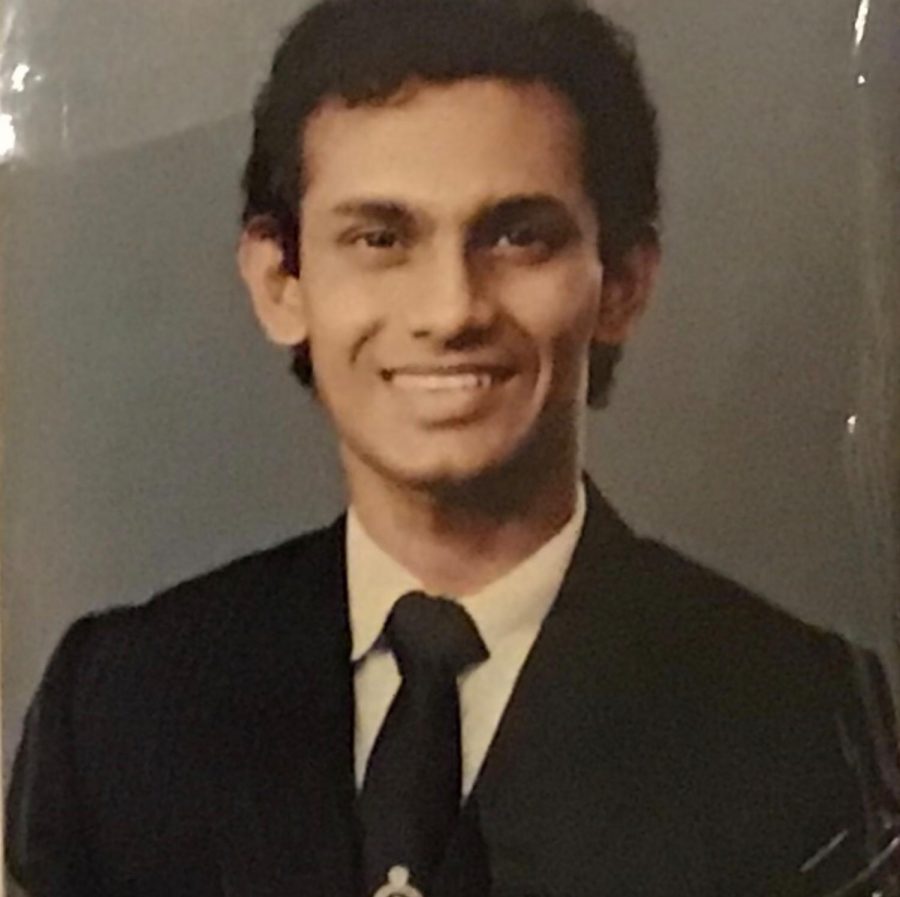 Shantha Pieris, a Sinhalese, was a trailblazer for treating both the dead and the living with respect.

*Disclaimer the names used in this story have been changed.

All human beings harbour inherent value, regardless of who they were or what they did. Early in his faith, my father Shantha Pieris—a native of Sri Lanka during the thirty-seven-year long civil war—faced the dilemma of human worth at its most basic form. For those of us who are blessed to live in a country that is not fractured by civil war, the sanctity of human life is still fundamentally threatened, though the tactics may have changed.

October 1996. It was a record-breaking year for blizzards in Washington, advancements in technology, and upheaval in the Royal Family of England. Sri Lanka was in the middle of a civil war, with Colombo, the capital city, gripped by the destruction of two warring factions: the Tamil terrorists and the Sinhala federal agents. Ethnic Tamils are mostly Hindus; the native Sinhalese are mostly Buddhists. Moreover, the Sinhalese outnumber the Tamil, though for a time Tamils were disproportionately represented in government, educational institutions and other public sectors. The tensions escalated with the 1983 race riots, and although they had certainly been simmering behind the scenes years before, in the end, both sides committed war atrocities in the ensuing struggle for power.

Meanwhile, Shantha Pieris, my father, was working in the war zone. He was not yet married, but he had made the choice to invite Christ into his life and was in the process of discovering how those beliefs should extend into his daily life. Sooner than anyone expected, both his faith and instincts for self-preservation would be severely tested by the harrowing circumstance of wartime.

At the time, my father, a civilian Sinhalese, pioneered a totally unheard of method of reconciliation, acting as a project manager over the construction of houses for Sri Lankans, primarily Tamils, recently displaced by the civil war. There in the Eastern Province—a de facto operating base of the terrorists—my dad went about actually living among the civilian Tamils rather than in the army camps of the Sinhalese military.

Occasionally my father was accustomed to join a friend and stroll around the nearby Trincomalee Lagoon. They picked their way across as usual. Suddenly, they were stopped in their tracks by a horrifying discovery. It was half-sticking out of the pebbly shores. From his vantage point, my dad could see it was white, round, and hard. If I didn’t know better, I would probably think that is —“It’s a human skull!” said his companion, bending down and nudging the spherical object from the debris with his foot.

On second thought, my father realized the find might not be so far-fetched after all. His mind inexorably turned towards the rumours, rumours, rumours. Whispers of the militia frequenting the location…rebels disappearing…sinking…never to be seen again. “We were not mistaken. There was no denying it was a human skull, and there was no denying that, in all probability, the person had not died of natural causes,” my dad remarked.

While Dad was reflecting on the implications, his friend straightened from the ground and announced: “It must have a name. Let’s call him Sid. Dad agreed, saying, “This isn’t right,” and “the skull should have a proper burial because he/she was once a human being and the dead have no ethnicity…” Then and there, the two men fetched a shovel, returned to the spot, and dug a hole to be the deceased person’s final resting place. In retrospect, my father admits that he would do the same thing over again, “The name itself doesn’t matter. But the fact that we named it at all makes the skull more real, an actual human being which used to exist,” said my father. “We had humanized the dead. If it had been up to us alone, Mr. Wilson and I would not have put ourselves on the line. There is only one explanation that can possibly account for our counterintuitive actions. We recognized God’s Image imprinted on every single person, whether they were young or old, male or female, Tamil or Singhalese, Christian or nonChristian. And God’s authority was more important to us than any others”

Especially in the middle of a civil war, this ideology was radical. Dad’s companion, Mr. Wilson*, was a foreigner who remained in Sri Lanka. Dad, having grown up in Sri Lanka, was well-acquainted with potential repercussions. By going out of his way for someone who was already dead, my father knew there could be swift consequences for himself and his family.

Keep in mind, the father is a Sinhalese, making him a countryman to the majority Sinhalese government, yet a perceived threat to the rebels, who were known as the Tamil Tigers. History is written by the victors, but at that time, the future was still uncertain.

The next day, the pair took their customary walks around the lagoon again. Once again, they found a second skull – whom they named Sam- dredged up from the depths of the lagoon. The two men looked at each other. Now, to find a single skull was one thing, but to find another one, in the same place, so soon afterwards was something else entirely.

What next? Of course, this find had to be reported to the authorities. Usually, one would expect even a single discovery to attract the attention of detectives and the police immediately, but in Sri Lanka, the criminal justice system was equivalent to a sieve: riddled with holes as the ongoing civil war took precedence. Considering the times, very few citizens still ventured to flag the authorities and bring attention to themselves. Still, at Mr. Wilson’s insistence, Dad accompanied him to the local police station.

Right away, the officials at the station observed that Mr. Wilson was a foreigner. It was like a switch had been flipped. The men were hosted in a nice room, served refreshments, and profusely thanked for the report: “Don’t worry sirs, we’ll look into the matter. Just be there for the trials and we will get to the bottom of this.” Within the hour, some officers trekked to the lagoon and took the bones into custody. They said the police precinct would look into the matter, but Dad knew better: “Of course they were not about to go investigate the bones! They were playing the part because Mr. Wilson was present and they were worried about bad publicity in the West. Finding bones was very suspicious and no doubt they would come to the same conclusion we did.”

Before long, Mr. Wilson had finished his business in Sri Lanka and left the country. However, Dad—still in the area— received summons to attend a judicial inquiry into Sam and Sid’s cause of death.

Despite everything, it seemed the worst had come to pass. For one, the issue had moved from a philosophical question to a concrete threat. Rather than just recounting the story, Dad wrestled with the very real fear that he would soon become a part of it. Judicial inquiries into unnatural deaths during war time were not treated as seriously as during peacetime when such cases were peremptorily dealt with. People who raised inconvenient questions also sometimes disappeared…Dad strongly suspected he would not be treated as well as Mr. Wilson in this regard. My father, though a lawyer, ignored the summons, and the authorities were quite happy to let the matter drop.

The terrorists wickedly targeted Sinhalese civilians and there were atrocities committed by the government against Tamil civilians as well. Essentially, war crimes were committed by both sides. The active parties placed any weapon-carrying citizen—innocent or not—under close surveillance; civilians of all sides lived in daily fear for their loved ones. After the war, many would wonder: Could there have been another way? The final estimate of casualties, whether 35,000 or 100,000, is still debated. However, even one death is one too many…While the conflict was still ongoing, survivors like my father and his friend found themselves grappling with the reality of how and to what extent Christians should respond in the midst of such mind-numbing carnage and how to stop dehumanizing the “enemy”…

The human body itself is clearly not designed for immortality. Telomeres on the ends of DNA degrade incrementally after every cell replication. Clearly, death is built into our system—built into our very cells—yet we as a whole shy away from death.

If my dad could stick his neck out for a human being who is no longer living, how much more should we cherish/ treasure those who are still alive? Westminster, let us not allow something so drastic as a civil war to bring us to our knees and finally recognize the intrinsic worth of every human being.