Coronavirus has negatively affected movie ticket sales and the film industry, causing many of the country's cinemas to permanently shut down. 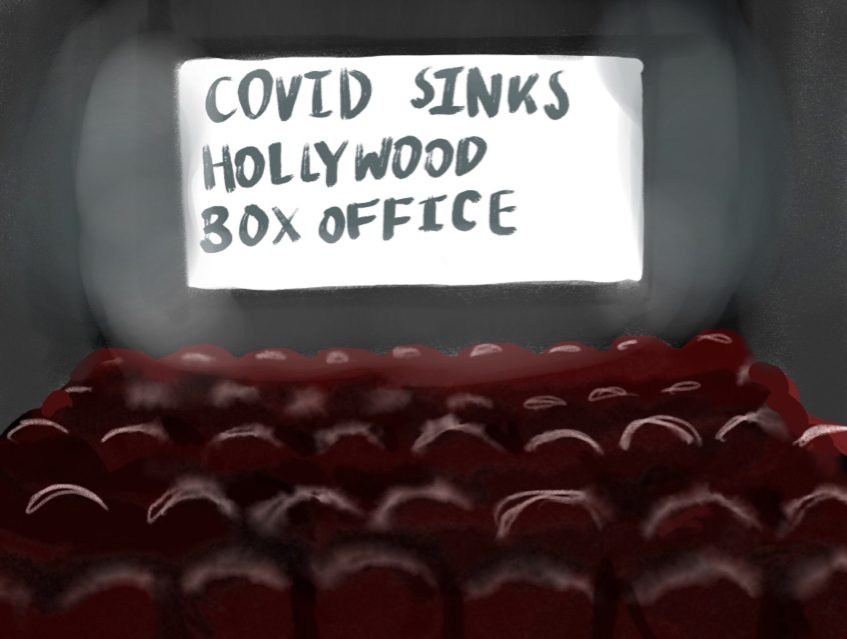 Movie theaters took a hard hit, when covid started and as it continues.

Popcorn, slushies, reclined seats, 35×45 foot high-definition screens; sound familiar? Everyone knows the feeling of sipping on that blue raspberry Icee while watching their favourite Hollywood film. In 2019, by combining the top 5 movies of that year, the theatre industry made over 2.7 billion dollars in ticket sales. As of the month of October, according to Sarah Whitten, a reporter for CNBC, shares that only 21 per cent of all theatres in the United States are up and running.

Many individuals blame poor leadership qualities as the reason for the uprising failure of cinemas across the country.

“If the U.S. government would have taken this seriously when the shutdown began and mapped out a comprehensive plan of action, we’d all be sitting in our favourite theatres right now, watching Hollywood blockbusters in their normal habitat,” said Jeff Block, an analyst at Exhibitor Relations.

Since the government officials gave business owners absolutely no time to make an alternate plan for businesses around the world, many of them, not just movie theatres, just could not financially survive. When quarantine first went into effect at the beginning of the year, it took everyone by surprise. Many knew that their businesses were destined to fail, movie theatres included.

As of October 16th, “Regal cinemas, the second-largest theatre chain in the country, announced that it would temporarily close its 663 theatres in the United States and Britain this week,” said Nicole Sperling, writer for the New York Times.

Not only did the pandemic affect the theatres, but it also affected Hollywood itself, with no new movies being made and release dates constantly being postponed. Without the screen playing, no money is being made for anyone, including celebrities.

“We’re just kind of on a wing and a prayer now,” said The Atlantic. It’s all a domino effect: movie theatres are shut down, so no movies are being filmed, so no actors are being used, which in turn means actors do not make as much money. None of the actors, producers, directors and etc. could have prepared for this.

Even though some theatres are open again, you will find barely anyone sitting in the seats.  While being open and operating, theatres are doing as bad as they have ever done, with everyone thinking that those leather seats are a COVID hotspot.

“AMC theatres, the world’s largest cinema’s operator, lost $561 million in its most recent quarter as revenue collapsed because of the COVID-19 pandemic,” said Los Angeles Times. What’s sad about this is that AMC theatres have been in business for 100 years. Despite the fact that theatres are starting to open back up, they are doing worse than they have ever been. Many people wonder, what will the next few months look like for movie theatres? Will they still be around?