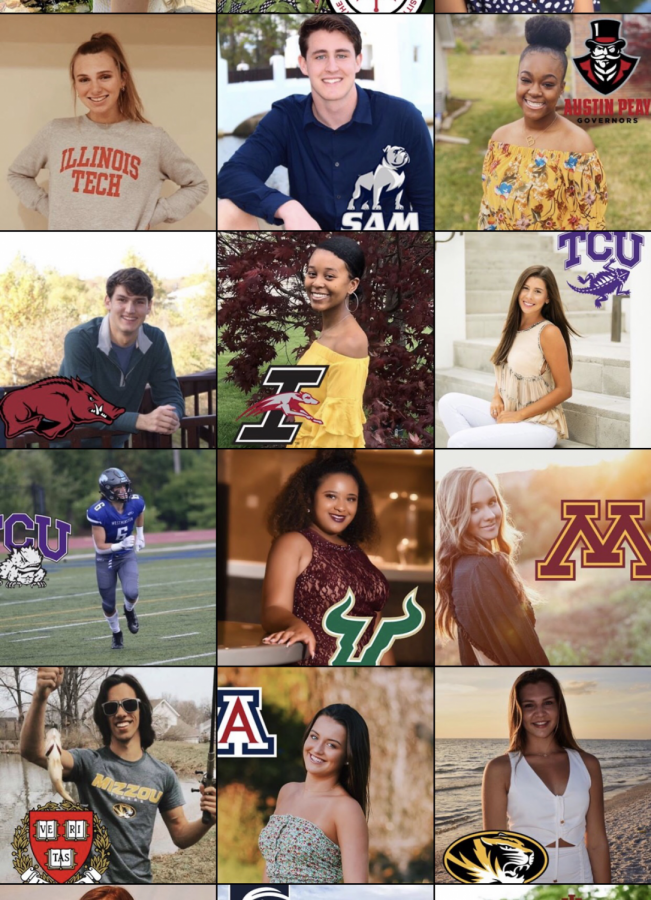 It’s no secret how amazing technology is at bringing people together. Now, more than ever, social media is more useful than it has ever been. Take Instagram for example, an engaging app that allows teens to see what’s going on in the lives of their friends through pictures with a few taps on a screen—it’s the perfect way to stay in touch and up to date. Now meet Evie Cunningham, a senior at Westminster who’s taking advantage of this app.

About a month ago, on April 3rd,Cunningham texted in a group chat with this year’s graduating class proposing a brilliant idea.

Since we aren’t going to see each other much longer, I saw Webster make an Instagram account where they post pictures of seniors and where they’re going to school and what they want to major in. That way we can see each other’s faces during quarantine and know where everyone is going after this year. Would people participate if I made the account?” Cunningham texted.

She immediately got her answer, watching her phone screen light up with the notifications from all of her classmates lik- ing her comment or responding with enthusiasm and praise.

Cunningham then took to Instagram, and created the account called wca.seniors. She posted a group picture of the class
of 2020, and asked her classmates to send her a picture of themselves with their plans for college as well as what they were looking forward to. Though she was nervous at first, worried that people wouldn’t participate like she’d hope, Cunningham was quickly proven wrong.

Her inbox flooded with messages from her friends who had done exactly what she’d asked them to and were eager to see their posts on the page.

“It brought me a lot of joy to create the different posts of my classmates. It gave me something to do, and knowing that it was making people happy and bringing us closer together in a time where we have to be far apart made it so much more fulfilling to do,” Cunningham said.

Cunningham takes the picture she’s been given, and depending on where that person is going to college, she puts the logo of the university they’ve selected and posts the picture with a caption that the person has also provided her with.

“The amount of positivity on the account definitely took me by surprise. But that’s the main reason why I’m so glad I created it. Watching my classmates uplift one another is super heart-warming,” confessed Cunningham.

And she’s not wrong. Under each post are dozens of com- ments, fellow seniors congratulating and supporting their class- mates and their college decisions. With 193 followers—larger than the number of students in the graduating class—and 77 posts so far, Evie Cunningham is excited to continue to create posts to share with the Wildcat community, and continue to help her class stay connected during social distancing.