A Man of Many Talents: Mr. Hughes

A inside look into the crazy journey that led Mr. Hughes to Westminster 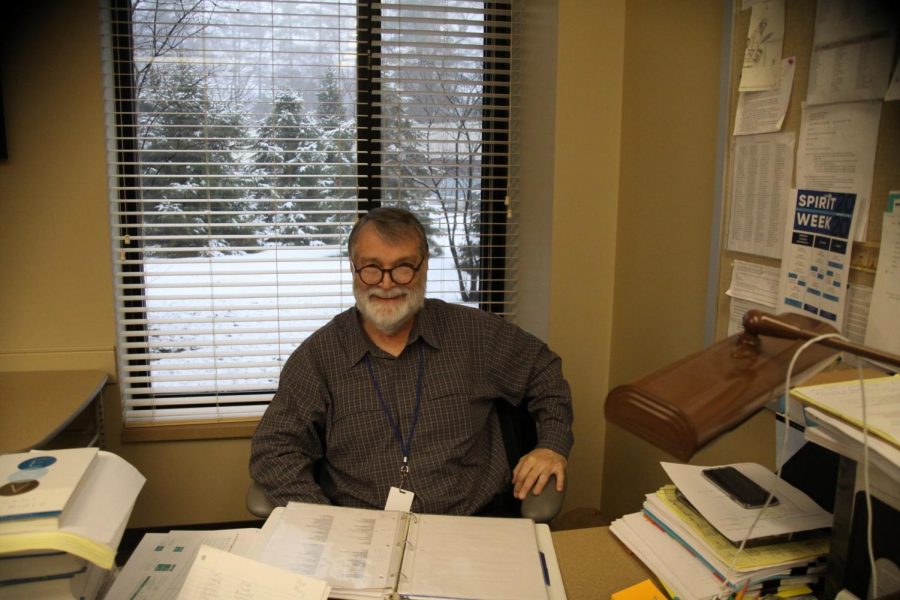 Hughes poses for a picture in his classroom. Photo by: Maggie Lindstrom

Without a doubt, every teacher at Westminster cares deeply about all their students. Westminster is known for having a wide variety of long-lasting teachers, and most teachers here have a comprehensive understanding of multiple different subjects. I spoke to a few teachers here about their teaching careers at WCA.

Larry Hughes, sophomore and junior Bible teacher, was the first teacher I had the opportunity to interview. Hughes has been teaching for 20 years in the classroom and has remained at Westminster for his entire teaching career. He began teaching freshman English and biblical ethics and has now moved to just teaching biblical ethics and Bible as literature.

Hughes started teaching because it was something he always wanted to do. He is especially passionate about English, which he had the privilege of teaching for several years.

“I prayed about being a teacher, and Westminster came to me in a time of need which showed God’s great faith in providing.”

Hughes has a very diverse resume. He began his journey through the job world as a juvenile probation officer. He then got married and changed jobs so he could start raising a family. After they were married, both he and his wife began to work at General Motors in the factory.

They saved all their money and moved to Europe and studied in Switzerland for about three months, then had the joy of jumping around Europe for another three months. When they returned to the United States, they began to look at seminaries because both of them wanted to further their biblical knowledge. Then after getting his degree in three years from Covenant Seminary, he worked in a church for about a year and a half.

After working at the University of Washington School of Medicine doing research and getting further education in English, he found himself here at Westminster.

“I have loved being at Westminster for my fellow teachers and my students, and it has been such an enjoyable experience.”

One of the most significant changes that has taken place since Hughes started teaching at Westminster is the move from a smaller campus to an incredibly big campus. Hughes explained that one of the harder changes was trying to keep the aspect of community in the larger space since everyone seemed to be farther away or in parts of the building that he did not go often.

Hughes has been an amazing blessing to the Westminster community and helped make it the place it is today. Thank you to Mr. Hughes for working with me.