Wildcat Volleyball is Back for More 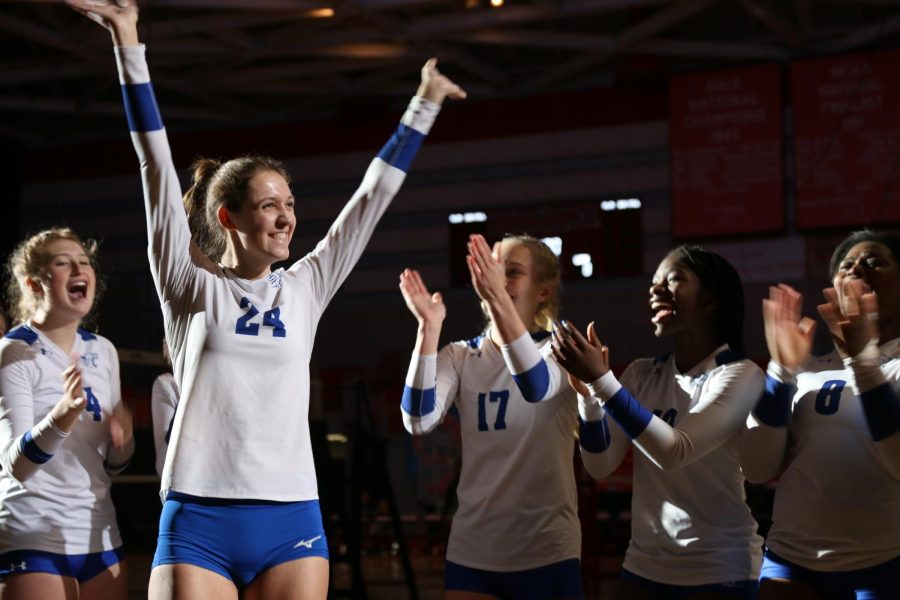 The girls volleyball at the Missouri State Championship.

After accomplishing the unthinkable, Westminster Christian Academy volleyball is back in action. The girls volleyball team finished their 2021 season as Class 4 State Champions, beating Logan-Rogersville in the finals. With the thought of being brought up to Class 5, the home to incredibly skilled and talented teams, the team was skeptical about the upcoming season.

Throughout summer open gyms, it was difficult for the team to adapt after losing 5 seniors, including key players Hailey Pritchett and Lexi Vick. Yet, considering the change in team dynamic both on and off the court, the returning players were able to pull off a win at their first tournament. Beating Helias Catholic, a previous Class 5 powerhouse until this season, and Francis Howell Central through bracket play.

Shelby Truitt, a player with a huge role says that “knowing we beat a team from a higher class makes me feel good about the future.”

The beginning of this season brings more hope compared to the last, as the team had a record of 12-8 before a 15 game winning streak.

Staying in Class 4, leaves the wildcats a huge contender for another chance at a state championship. 8 returning seniors equips the team with more leadership and chemistry. Abby Seiss, Shelby Truitt, Alli Bishop, and Emma Fairchild, all returning pin hitters, are ready to prove themselves once again. Ben Briney, head coach for the cats, is holding his players to a new standard this year. Practices have become, place to play.

“Coach always says ‘the standard is the standard’ and now we really have to work like that,” says Abby Seiss.

With the unexpected news regarding Westminster staying in Class 4, there was a mindset shift and a standard to uphold.

The cats haven’t experienced a target on their back since 2012. This season is something to look forward to for the Westminster community.