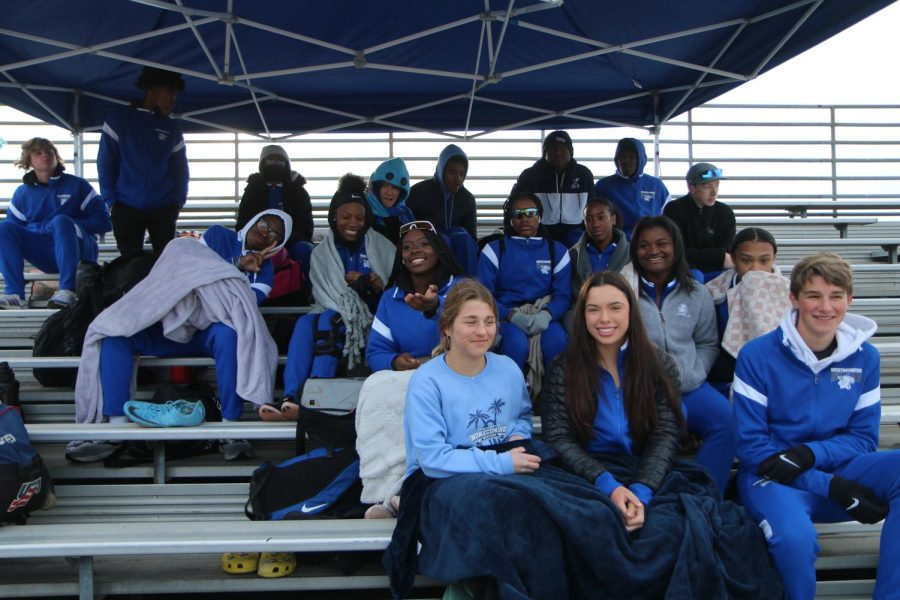 The track and field team awaits the start of their meet.

Jackie Joyner is a retired American track and field athlete and is ranked among the all time greatest athletes in the heptathlon. She won three gold, two silver, and two bronze medals at four different Olympic Games, as well as nine other gold medals in other world meets, including World Champions and the GoodWill games. Joyner retires as the “Greatest Female Athlete Of All Time,” according to sports illustrated.

The 2022 Jackie Joyner Kersee invitational meet took place this past weekend on Saturday, April 2nd. This event is always full of Illinois and Missouri Class 5 and 6 athletes with division one potential. Westminster, being a Class 3 team, wasn’t expected to excel as well as they did. Here are the top 10 stats:

In addition to individual accomplishments, the team as a whole performed very well: the boys placed second overall, and the girls placed third. Going in as underdogs, the team is constantly showing the track community that Westminster has what it takes to bring good competition to any level.