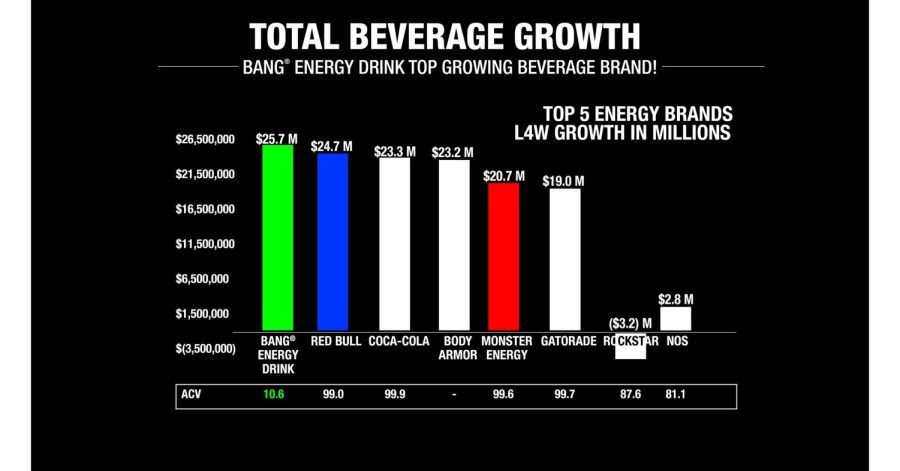 Unless you’ve been living under a rock, you’ve probably seen an energy drink commercial that may have you thinking: energy and sports drinks do it all. More energy, improved performance, better concentration? What could go wrong?

In reality, the main ingredient in energy drinks is caffeine, an additive that simulates activity by blocking adenosine receptors in the brain. Although caffeine in and of itself isn’t bad, as it can make up for lost energy, too much can negatively affect your health.

When you exercise, your body loses electrolytes, which balance the body’s fluid levels, so athletes can safely consume up to 400-600 mg of caffeine after a workout. However, for the average person, who should only be consuming 100-200 mg of caffeine a day, drinking two or more of these sports drinks can be detrimental since these electrolytes are not being lost.

Furthermore, the labels on these drinks do not always show the true amount of caffeine within other ingredients, so it can be hard to know how much of it is actually present. A single energy drink can contain as much as 500 mg of caffeine. To put that into perspective, you would have to drink fourteen regular-sized cans of soda to intake the same amount of caffeine.

Popular drinks such as Gatorade, Red Bull, and Celsius, are often loaded with sugar and foreign chemicals that ultimately have little to no nutritional value. They add calories, unless stated otherwise. So, if you’re not exercising or doing anything hard enough to cause sweat, these drinks can lead to weight gain and other health problems depending on how much sugar is in them.

Excessive amounts of caffeine intake for prolonged periods of time can lead to caffeine toxicity. Symptoms include headaches, feeling tired, having trouble concentrating, and feeling grumpy etc. So, what’s the hype of energy drinks? Consider facts.