The Growing Obsession in Youth Sports 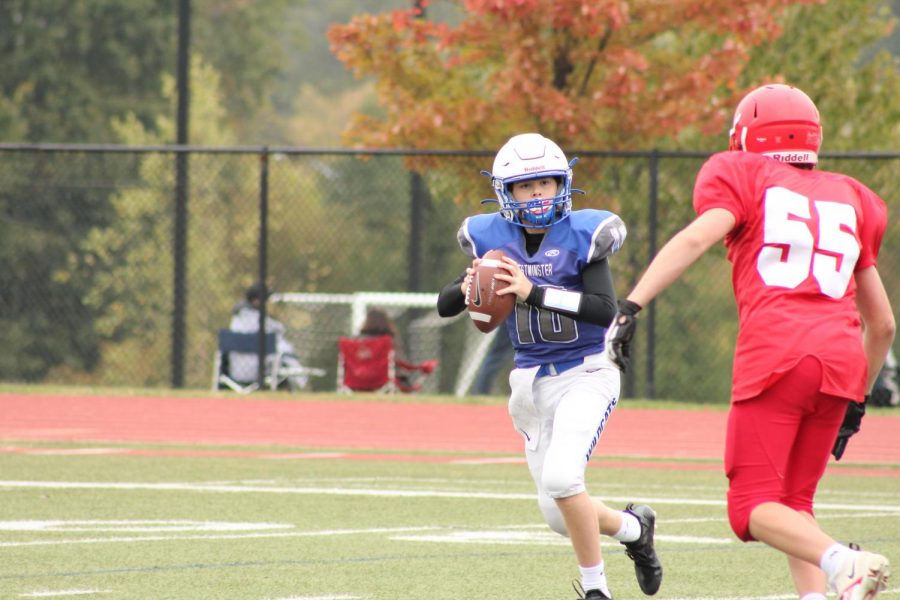 Owen Leingang rolls out of the pocket during the 8th grade football game.

Pressure from parents and the strive for a college scholarship has driven youth sports to become more competitive than ever before. Parents have been willing to spend any amount of money to get their son or daughter into a college athletic program because they see it as a worthy investment. If they spend the money now, they believe that they will see that money back in a future athletic scholarship. However, only 2% of all high school athletes receive the college scholarship that everyone shoots for, leaving 98% of parents disappointed in their children and frustrated in their fruitless spending.

This concept has put an immense amount of pressure on young athletes, pushing them to work far beyond their limits. With this, both the rate of injury and burnout in athletes has increased immensely in the past twenty years, resulting in an average of seven in ten kids quitting their sport by the age of thirteen. Most of these kids started off playing their sport simply because of their friends or their love for the game; there was no stress or external pressure to perform. As the kids began to play for more competitive teams, however, they lost these fundamental values and no longer had fun playing the sport.

On the financial side of things, youth sports have graduated from the traditional neighborhood league that it used to be to club teams with year round training facilities, international tournaments, and experienced coaching. This has driven parents to spend thousands of dollars and expect enormous results out of their children because of it.

In 2014, viewers of the show “Friday Night Tykes” raised concerning questions after watching nine year old boys play violent football. Intense coaches are seen screaming things at the kids such as, “Rip their f****** heads off and let them bleed.” Questions like, “How hard is too hard? How much is too much?” and, “Is youth sports truly about the kids, or is it about the parents?” caused a lot of viewers to rethink if what they were watching was truly healthy for the children.

Nonetheless, some parents would argue that competitive sports teach young adolescents quality skills of hard work and determination, and that through sports, they learn the value of using teamwork through winning and losing. As a collegiate athlete, I can somewhat agree with this statement, as I have learned very valuable lessons throughout my athletic career that will become useful later in my life. But, this raises a major question: at what cost are these lessons worth?