Zoe Lintner made the Westminster varsity soccer team as a freshman and has been the starting goalie ever since. 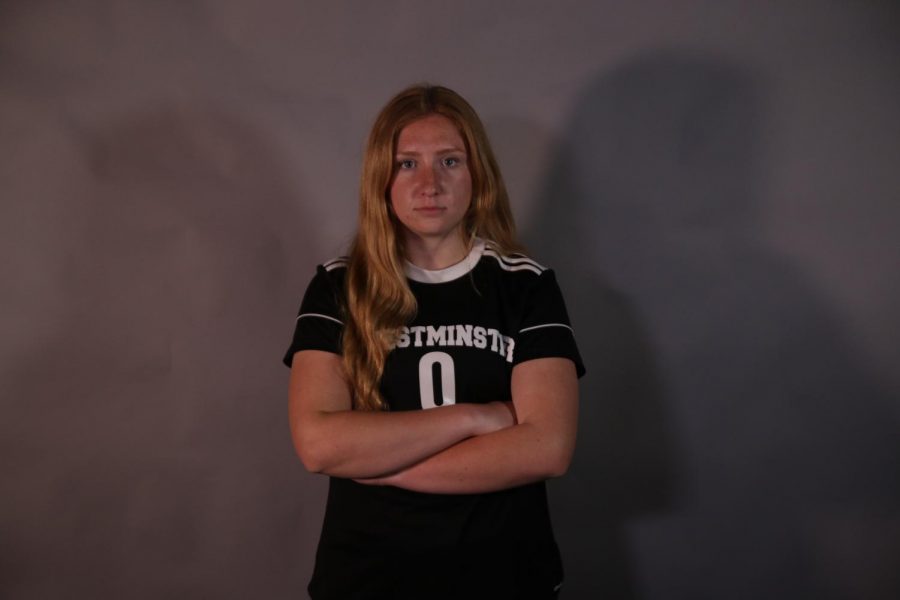 Lintner wears the number zero for the Wildcats.

Lintner grew up playing in the field and in the goal but transitioned to only goalie in eighth grade. With the goal in mind of playing college soccer, Lintner chose to dedicate much of her time to training at a very young age.

“I sacrificed a lot of time and energy to become the player I am today,” said Lintner.

Her training paid off when she secured the starting goalie position freshmen year. This was a huge accomplishment, but a lot of work would still be required to reach ultimately her dreams of playing in college. Luckily, Zoe’s love of the sport and fun spirit made the work enjoyable.

“I always strive to find balance between hard work and fun,” said Lintner.

Lintner’s love of soccer extends far beyond the sport itself.

“Being a goalkeeper is a very unique position. I love being able to keep my team in the game and make big saves. I also love playing Westminster soccer because I get to become friends with different girls I otherwise would not have,” said Lintner.

Having four years as an integral part of the team gave Lintner the opportunity to make a big impact on the team.

“Zoe is a great leader on and off the field. She sees the field really well and makes sure everyone is in the right spot and she always steps up in games, even ones where the rest of us may be having a bad day,” said Shively.

Lintner won Districts her freshman and sophomore year. Last year, the postseason was cancelled, so this year she is even more hungry for the win. The team was moved down to Class two, so the odds of Lintner leading the team to another district title are looking good.

After an influential four years, Lintner will be attending Southern Indiana to play soccer at the division two level.

“I can’t imagine not playing soccer. It brings me a lot of joy. I’m excited to play at the next level and continue growing and improving my skills alongside my new teammates,” said Lintner.

Lintner will be missed by her team, but her impact will remain for years to come.