Westminster won a close game against the Crusaders over Thanksgiving break. 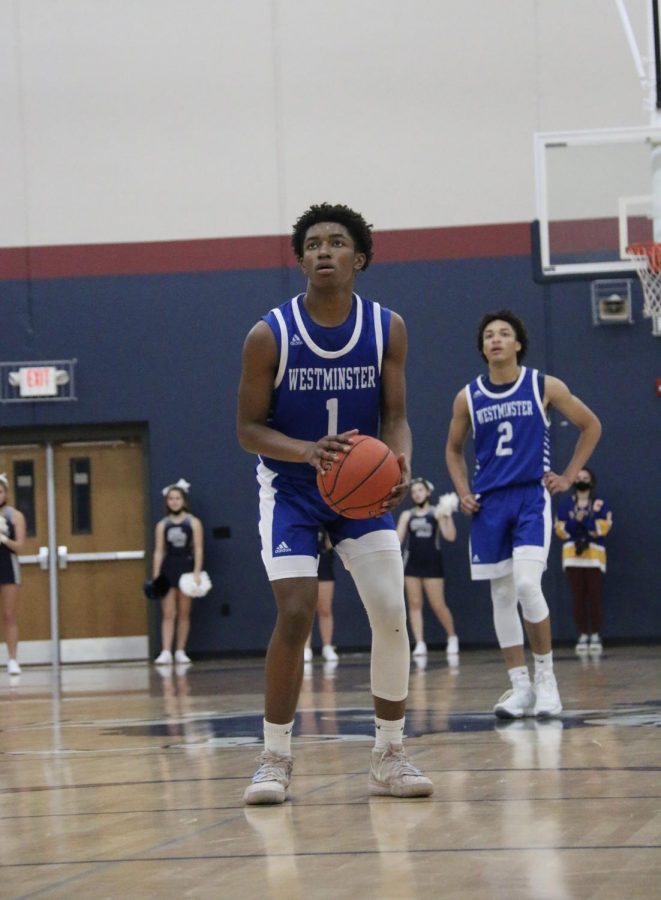 The Wildcats traveled to St. Dominic High School for their first game of the season on Tuesday, November 24th. It was a highly anticipated game, as Gateway Sports Venue was there to record the game.

The Wildcats started off quickly taking a fourteen to six lead with a couple big threes from Casen Lawrence. Solid defense held the crusaders to six points in the first quarter.

The Crusaders began battling back in the second half chipping away. They out-scored Westminster 23-11 in the third quarter alone. Ryan Schwendeman was St. Dominic’s leading scorer with nineteen points. He was a menace in the paint, he made quick work of some of the Wildcats post players.

The beginning of the fourth quarter came around and it was all tied up 44 to 44.

The Wildcats defended began to show up even more in the fourth getting a few key steals. They ended with eight steals as a team.

At the end of the game, Lawrence hit two key free throws, allowing the team to take the lead by three points.

The Crusaders went down with six seconds and chucked up a contested three. Austin Vick came down with the rebound to seal the game for the Cats.

Lawrence led the scoring brigade with sixteen points. Kobi showed off his immense skill set with fourteen points, five rebounds, and five assists. Kobi’s ability to spread the floor is one of the best in the St. Louis area.

With the Wildcats’ young talent and depth, the team is certainly looking to have a promising season.