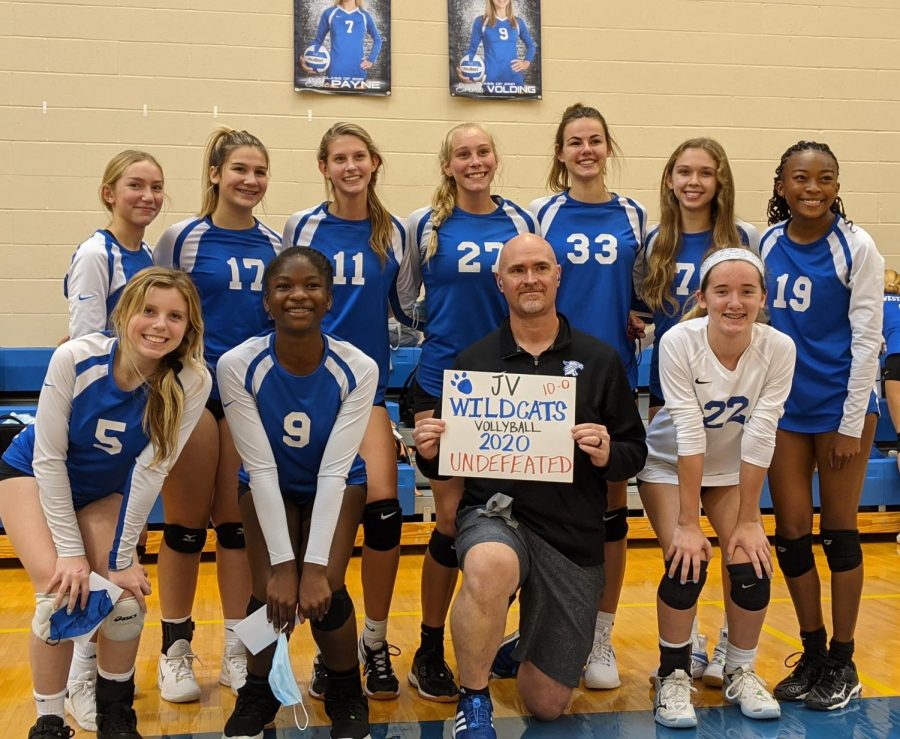 This year, the JV volleyball team made the best of their short schedule. They ended their season completely undefeated in ten games, never losing a single set.

The players took a positive approach to attacking their short season.

“I think what led to our success was how positive we were even if we weren’t doing as well as we wanted to do,” said Frazier.

Uplifting attitudes are always necessary in sports, but they have been especially vital this season amongst the adversity of playing sports during a global pandemic.

Team camaraderie on junior varsity teams is often rare due to the short time period they have together; they additionally have to account for players participating on both the JV and varsity teams. True team chemistry is something that a lot of varsity teams struggle to find or fail to emphasize. However, this year’s JV squad was able to develop this aspect to its full extent in a very quick amount of time. Specifically, they shared numerous inside jokes with one another that constantly lightened the mood in a practice or game.

“I think that there was something special about our team chemistry,” said Frazier.

The program is looking promising with a strong showing of underclassmen on the varsity team as well as on the undefeated junior varsity team. Having these aspects of positive attitudes and strong team chemistry on the JV team will certainly translate into promising varsity seasons in the next couple of years.