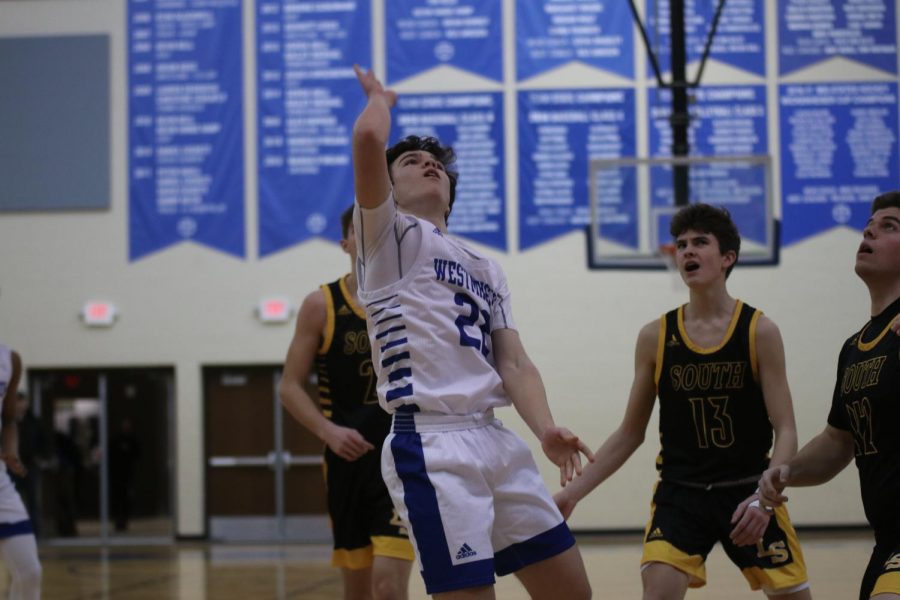 Casen Lawrence played well for the Wildcats on an otherwise uncharacteristically bad night.

The boys basketball team took on the Lutheran South Lancers on Tuesday. The Wildcats came into the game with a record of 19-3 while the Lancers began play at 8-16. While this may indicate a blowout, it was certainly not the case. The game was a low-scoring affair and the Wildcats barely survived by a final of 43-39.

In the early going, Casen Lawrence played a huge role in setting the tone. He drilled an early three and also had a remarkable and-one finish. He opened the game scoring eight of the team’s first ten points. Outside of this, both teams played sloppy. Neither team could hit a shot and there were a number of turnovers for each team.

As the second quarter got underway, both teams were still trying to find a spark. The Lancers did a good job of taking star Brennan Orf out of the game and the team needed to find a scoring option elsewhere. The team struggled to find one, yet they still took a 18-17 lead into the half.

The third quarter entailed much of the same. Both teams scored a dismal five points. One highlight came when Lawrence drilled another corner three.

But both teams turned it on in the fourth quarter. Matt George hit a couple of threes to open the quarter, extending the Wildcats’ lead to eight points for the time being. Brennan Orf also broke out with seven points in the quarter from a couple of layups and free throws. Lutheran South responded. They finally got a couple late threes to fall, but it was too little, too late. The Wildcats prevailed 43-39.

While this win was certainly not pretty, it was a win. This win keeps the Wildcats at first place in the Metro Conference with just one loss with two more conference matchups to close out the season, the first of which is the Town and Country Cup on Senior Night this Friday.