The Game of the Century: Powderpuff Preview 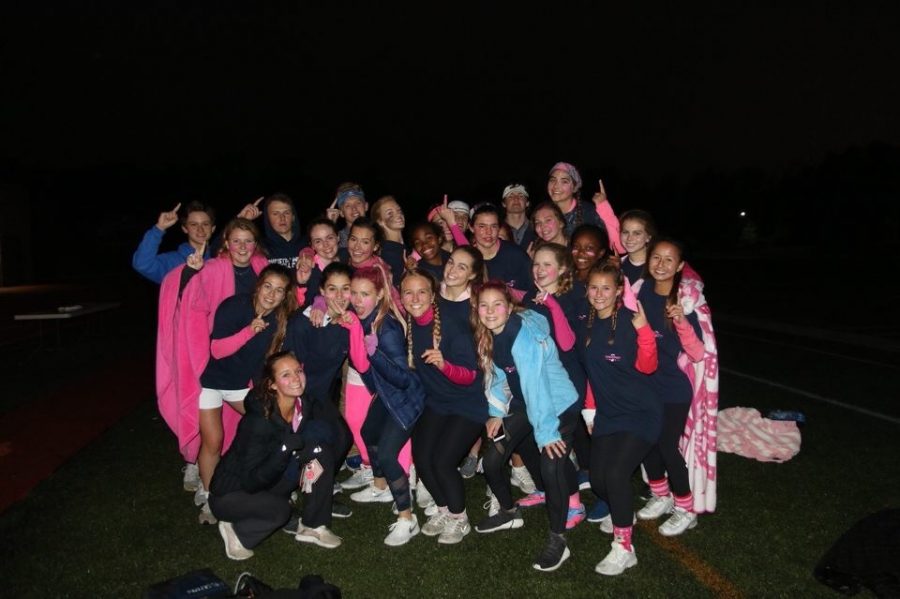 The class of 2020 poses for a picture after their 24-8 loss a year ago. The game took place on a Friday night, but will be played on a Saturday this year.

As fall comes into full swing, a tradition unlike any other returns. The highly anticipated Powderpuff game between the juniors and seniors is back. On this Saturday, Nov. 2, the two opponents will face off in a competition for the ages. They will put their wills against each other in pursuit of eternal braggin’ rights and the sheer satisfaction of victory.

After taking a brutal 24-8 loss a year ago, the class of 2020 will look to get some redemption against the junior girls. While the squad did lose, the coaches will stay nearly the same for the seniors. The senior head coach is none other than QB1 himself, Lane Davis. He has delegated the offense to seniors Tommy Briner and Ben Hicks, with the defense to seniors Ben Straub and Brennan Orf.

The quarterbacks for the senior girls are Grace Dempsey and Reese Earleywine. The tandem will look to be strong field generals and improve upon the eight points scored a year ago. The seniors also have a three-headed monster at running back with the likes of Hanna Ottsen, Lauryn Rhodes, and Sophia Sacco.

While the offense certainly seems to be in good hands, the defense may be even better. After allowing just 24 points a year ago, Coach Straub will look to keep the girls playing tough defense.

As the teams get set to clash for bragging rights, the pressure is on for the seniors. The class of 2020 will have their hands full against a strong junior class.

The junior girls are ready for their first time participating in the long-held tradition. They are practicing and preparing for whatever comes their way.

“The team is looking pretty good. We have a lot of talented athletes and a stacked coaching staff, especially with Noah Coomes at the helm,” said Jack Powers, junior assistant coach.

The junior girls are coming together as a cohesive team as they figure out the offensive and defensive strategy for the game. They are excited to give their best effort towards representing their grade in the upcoming game of the century. The team plans to start Nicki Mabry at quarterback and will be greatly relying upon Annessa Shively’s speed at wide receiver and running back.

Shively described the practices so far: “All the girls get along really well, and we are all pretty competitive so we listen to the coaches and get things done. The coaches have also done a really good job teaching us the plays and how to play defense/offense. They’ve been pretty organized with everything and have been great at encouraging/hyping us up for the game.”

Both teams have had to deal with some logistical issues as finding a place to practice in the dark can be difficult. However, they are doing the best they can with the circumstances they face.

“It has been hard to find fields with lights to practice at, but everyone has been super positive and flexible with it. At our first practice, we went to Des Peres Park, and there were no lights except for some small spotlights the guys brought, but even though it wasn’t the best situation, everyone was still super excited to be there, and we made the most of the time,” said Shively.

Additionally, as the girls look ahead to the likelihood of victory on Saturday, there is a definite sense of optimism among the team. Will this be the year the seniors lose? Coach Powers seems to think so.

“I am thinking that we will have a strong performance, and possibly be able to come out with a victory,” said Powers.

On Saturday at 1:00, the teams will face off. It will be a battle. It will be a dog fight. However, ultimately, it will be football, a game of athleticism and strategy. It will be juniors and seniors going head to head on the gridiron. Who will win? Come out to find out.